Sting On How He Would’ve Defeated The Undertaker (Video) - PWPIX.net

Sting On How He Would’ve Defeated The Undertaker (Video) 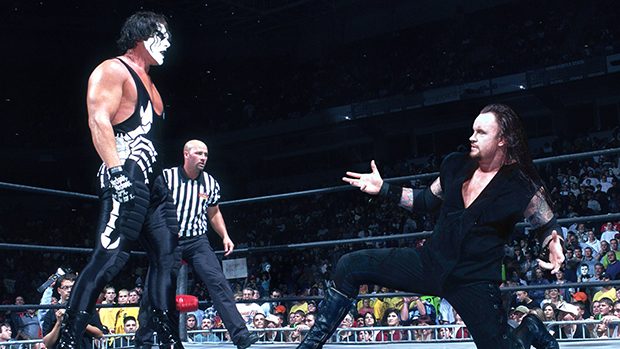 What would’ve happened if Sting went one-on-one with The Undertaker?

“The Icon” knows exactly how this dream match would have ended if they faced off.

In the debut episode of WWE Reimagined, WWE Superstars and Legends ponder an alternate reality in which The Undertaker jumps ship from WWE to WCW during “The Attitude Era.”

Possible feuds with WCW stars are also discussed, including Sting. The WWE Hall of Famer makes an appearance near the end of the video in full face paint to explain how he envisions their match would’ve ended.

“No way “The Stinger”‘s gonna get Tombstoned by the Taker, that ain’t happening. Not on my watch,” Sting said.

“What would’ve happened is a few Stinger Splashes, a Death Drop and probably the Deathlock.”

Sting also talks about what it would’ve meant to face The Undertaker. You can watch the entire episode in the video below.