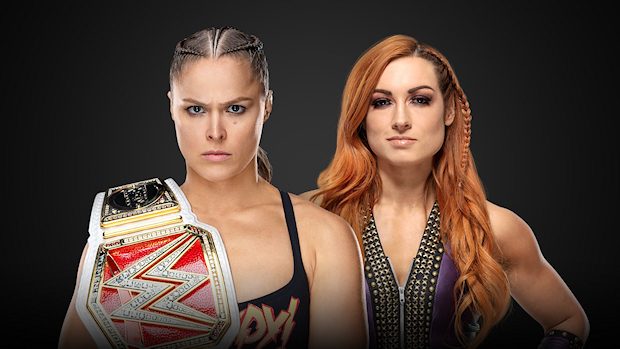 The war of words between Becky Lynch and Raw Women’s Champion Ronda Rousey continued this week on Twitter and if a report is to be believed, Rousey has “worked herself into a shoot.”

According to a report by Diva Dirt on Friday, Rousey is really upset with Lynch’s mean tweets. Diva Dirt was told this sources in WWE.

Sean Ross Sapp at Fightful backs up the claim, adding, “Beyond that, Rousey’s terminology on the microphone is widely known in WWE to be confusing and anticlimactic. Everyone we’ve spoken to within the company believes that Rousey’s frustration is real.”

It all started on Wednesday when Rousey referred to Lynch’s “mug shot” from her arrest at Raw as fake, which prompted a response from “The Man.”

“Keep that F word out of your mouth and concentrate on getting better at this business instead of trying to remain above it,” Becky wrote alongside a photoshopped image of Ronda’s face over “The Disaster Artist” character Tommy Wiseau (which says “Ronnie Wiseau”)

Ronda replied, “F word? You mean “fake”? Fake like your BS “armbar” that doesn’t even work and just looks like you’re holding the dick you wish you had?”

Lynch hopped back on Photoshop and added an image of Travis Browne, who is Rousey’s husband.

“Huh, it *does* look exactly like one now that you mention it,” Lynch wrote.

That one seemed to hit a nerve with Rousey as she threatened to go off script and beat her up the next time they meet.

Lynch responded to Rousey’s threat with a reference to Vince Russo.

Rousey responded to Lynch on Friday by saying that she can afford to be sued by her.

Lynch responded with a mashup video of Rousey seemingly having trouble cutting a promo while she’s being booed and a scene from “The Disaster Artist” where Tommy Wiseau has trouble getting his lines right.

Rousey responded by posting a video from Lynch’s NXT TV debut in June 2014 where she did an exaggerated Irish dance during her ring entrance.

Lynch hasn’t responded yet but you can definitely expect their war of words to continue.

According to WrestleVotes, WWE management isn’t happy with the wording of the tweets made on Thursday.