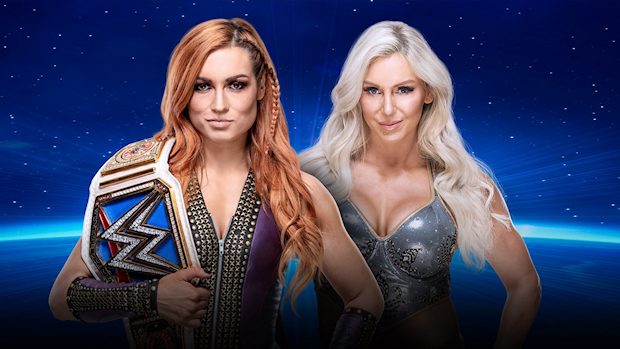 The SmackDown Women’s Championship will be on the line in a Last Woman Standing Match at WWE Evolution.

After Becky Lynch vs. Charlotte Flair ended in a double count-out on SmackDown LIVE, WWE announced that Lynch would defend the SmackDown Women’s Championship against Flair at Evolution in what’s being billed as WWE’s first-ever Last Woman Standing Match.

With Lynch intentionally getting disqualified at WWE Super Show-Down, their rematch had a stipulation where the SmackDown Women’s Championship would change hands if she was once again disqualified. They continued to brawl after the count of 10, with the fight spilling to the top of the stage. Flair then savagely speared Lynch right through the LED boards attached to the entranceway.

Here’s the updated card for Evolution, which streams live on Sunday, October 28, at 7 ET/5 PT on the WWE Network:

* Trish Stratus and Lita vs. Alexa Bliss and Mickie James