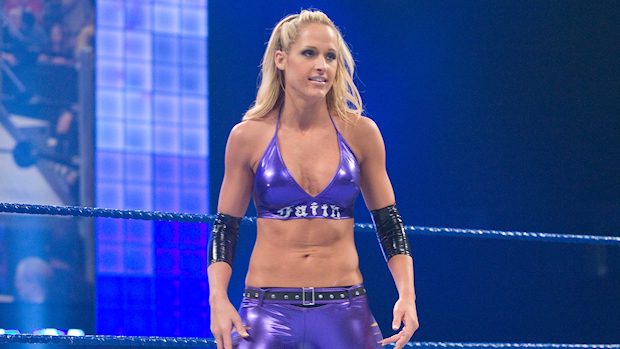 – After it was revealed last week that Michelle McCool will appear at SmackDown 1000, it looks like she has plans on wrestling at WWE Evolution as well.

The former WWE women’s champion posted a wrestling training video of herself today on Instagram with the hashtag “#evolution.”

Sometimes, you just have to make sure you’ve still got it! I’ve still got it….🤣#justhurtmoreafter #andseestarsabit #kidding #kinda #flawless #blessed #evolution

McCool competed for the first time in seven years last January in the first-ever Women’s Royal Rumble Match, scoring the most eliminations at five before being eliminated by Natalya.

– The Bella Twins are now officially back on Raw as WWE.com finally updated Brie and Nikki‘s brand status.

Up until this week, Brie had not been designated to a brand, and Nikki was still listed as a member of SmackDown LIVE. Since returning in August, Nikki has exclusively appeared on Raw, whereas Brie has appeared on both Raw and SmackDown LIVE.