Becky Lynch On The Women's Division Not Having A Hell in a Cell Match, Being Left Off Tonight's Show - PWPIX.net

Home / Wrestling News / WWE News / Becky Lynch On The Women’s Division Not Having A Hell in a Cell Match, Being Left Off Tonight’s Show

Becky Lynch On The Women’s Division Not Having A Hell in a Cell Match, Being Left Off Tonight’s Show 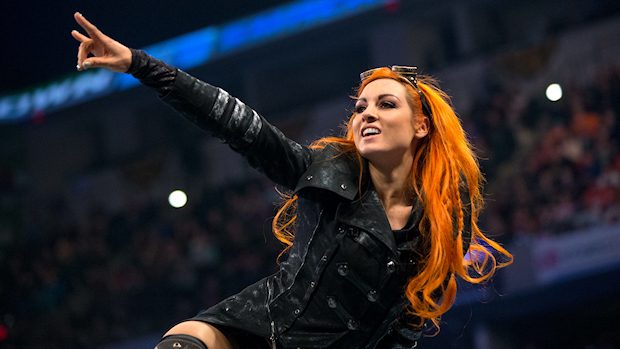 Ahead of tonight’s WWE Hell in a Cell pay-per-view, Becky Lynch spoke to Digital Spy. As it stands, Becky will not compete on tonight’s show, and she naturally isn’t too happy about that.

“To me, it always feels like a missed goal. I feel like I’m on a football field, I’m a striker and I missed a goal,” she admitted.

“In WWE things always change and there’s still hope, but you’ve just got to learn to ride it.

“That’s always my goal and my ambition – keep the eye of the tiger and keep looking forward.

“Who knows? By this time next year, I could have main evented WrestleMania with the Four Horsewomen.

“You’ve always got to keep your eye set on the ultimate goal.”

History was made 12 months ago when Charlotte beat Sasha Banks in the first-ever women’s WWE Hell in a Cell Match.

Topping the bill, the women were also the first to headline WWE pay-per-view.

Things look different though. As it stands, there’s only one women’s match confirmed for the show and it will be a standard singles match. So does this mean that women’s division has taken a step back?

“No, I don’t think so, personally,” Becky told Digital Spy.

“Say for example you had Bray Wyatt in Hell in Cell last year – I know he’s not in our division, but if he’s not in a Hell in a Cell Match this year, it’s not a step backwards.

“Not for him or for the brand or for the company. It’s just a rotation.”

She continued: “You can’t overdo it, as well. Or do it for the sake of, ‘Oh there’s a Women’s Revolution so they have to have a Hell in a Cell Match’.

“I think that’s grasping at straws and that’s forcing things. Unfortunately, Charlotte and Natalya, they haven’t had the longest storyline in this circumstance going into Hell in a Cell.

“To put them into a Hell in a Cell right off the bat, where do you go from there? So no, I don’t think it’s a step backwards at all to not have a women’s Hell in a Cell Match.”