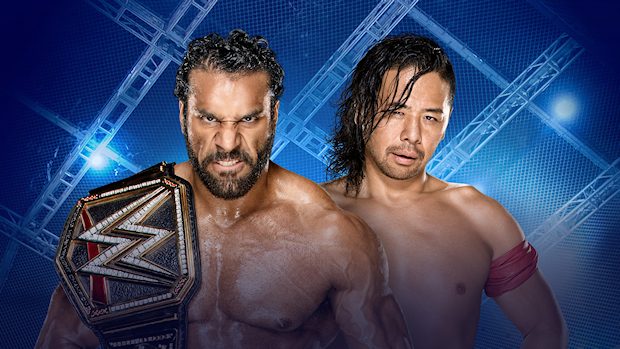 – After the disappointment of SummerSlam, Shinsuke Nakamura will get another opportunity at Jinder Mahal’s WWE Championship tonight at WWE Hell in a Cell. Ahead of tonight’s match, both Nakamura sent out warnings.

Mahal said Nakamura will find out why he is the greatest WWE Champion of all-time and that he will remain Champion after Hell in the Cell. Nakamura said that Mahal has one day left as Champion and he will see him tonight.

– In this never-before-seen Hell In A Cell Match from September 26, 2011, John Cena defends the WWE Championship in a Fatal 5-Way Hell in a Cell Match against CM Punk, Alberto Del Rio, Dolph Ziggler and Jack Swagger.

This Hell in a Cell Match was a dark match that took place in Kansas City, Missouri after Raw went off the air.