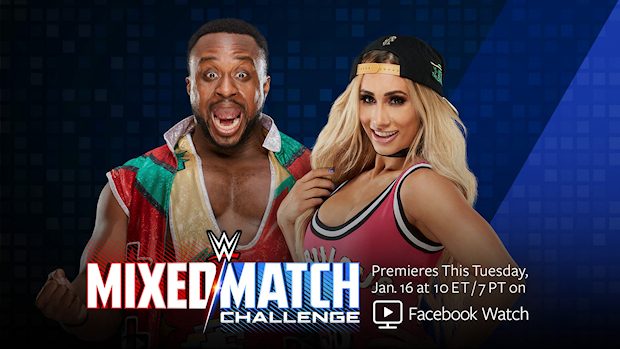 The list of teams for WWE’s Mixed Match Challenge is officially set.

Big E won a fan vote over his New Day stablemates and will be teaming with Carmella in the tournament.

The reveal was made in this video as Carmella finds her WWE Mixed Match Challenge New Day partner in a box of Booty-O’s.

According to WWE, Big E received 47 percent of the vote over Kofi Kingston and Xavier Woods.

Mixed Match Challenge premieres on Facebook Watch at 10 p.m. Eastern time next Tuesday. It will be a 12-week series with 20-minute episodes and will feature a single-elimination mixed tag team tournament. Here’s the finalized list of teams: