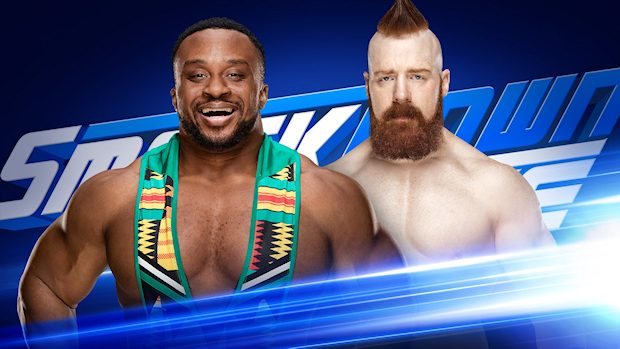 Last Tuesday on SmackDown LIVE, The Bar got one up on SmackDown Tag Team Champions The New Day as Cesaro defeated Kofi Kingston in singles competition.

The champions will get an opportunity to even the score this week, as WWE has announced that Big E will go one-on-one with Sheamus.

Ahead of their match, Big E took to Twitter yesterday to accuse Sheamus of bullying wrestlers in 2009 when The New Day member joined WWE’s then-developmental promotion, Florida Championship Wrestling (FCW).

I met Sheamus in 2009. I was 23 & he was significantly older. Although he was on the main roster, he used to come down to FCW to bully the new kids & hear the boys tell him how great he is. In those days, it violated wrestling etiquette to swing on him. Etiquette be damned.

Sheamus responded to Big E’s accusations with the following.

In this fairytale I see you scribing this tweet a with quill, wearing a smoking jacket, and surrounded by many leather bound books. Any more from Big E’s BS Stories of Yore? https://t.co/gBGAWGmpDw

I will not retract a word I said yesterday but I will balance my criticism with positive things about Shame-O.
1. He has a lot of money.
2. Ummmmm
3. Uhhhh…
4. Give me a minute!