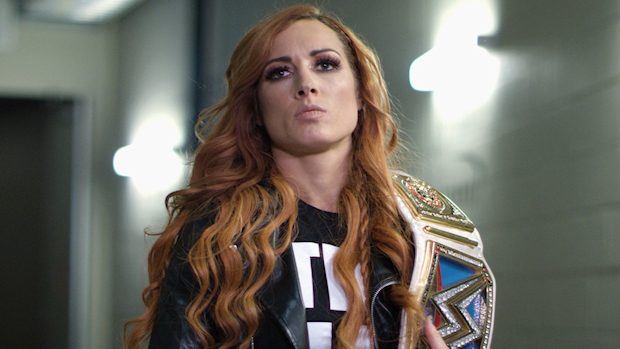 — Becky Lynch will be the focus of the next edition of WWE Chronicle.

WWE has announced that a Becky Lynch edition of the documentary series will premiere tomorrow (Saturday, December 15), which comes in advance of Lynch defending the SmackDown Women’s Championship against Charlotte Flair and Asuka in a Triple Threat TLC Match on Sunday.

The episode will be available to watch on the WWE Network and WWE’s YouTube channel at noon Eastern time tomorrow.

Here is WWE’s description for the episode: “SmackDown Women’s Champion Becky Lynch was gearing up for her highly anticipated match at Survivor Series against Raw Women’s Champion Ronda Rousey, but after taking a punch from Nia Jax, the champion found herself in ‘doctor jail,’ and the dream match was called off. Follow Becky as she looks back on her evolution into becoming ‘The Man,’ and join The Irish Lass Kicker on her journey back to the ring at WWE TLC: Tables, Ladders & Chairs in a new edition of WWE Chronicle.”

WWE Chronicle mixes real life with storylines. Past editions of Chronicle focused on Shinsuke Nakamura ahead of WrestleMania 34, Samoa Joe ahead of SummerSlam 2018, and Dean Ambrose during his return to the ring and turning against Seth Rollins.

— This week on Raw, Bobby Roode Chad Gable defeated AOP and Drake Maverick in a 2-on-3 Handicap to become the new Raw Tag Team Champions. According to the Wrestling Observer Newsletter, Roode worked the match sick. He also had “trouble talking,” but managed to cut a pre-match promo.

— In Abu Dhabi to promote the Special Olympics’ upcoming World Games (March 14-21, 2019), Sasha Banks returns to the location where she and Alexa Bliss made history one year earlier.