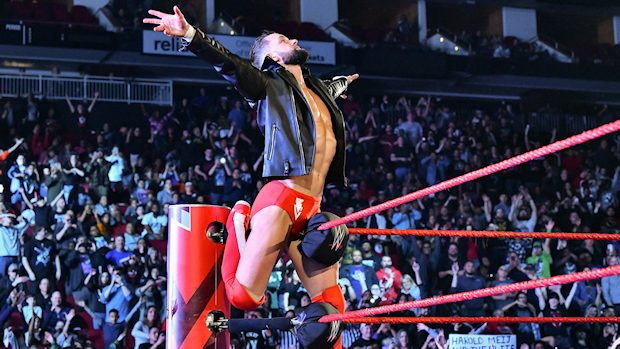 What happened to Finn Balor?

“The Extraordinary Man” worked the first night of WWE’s three-day tour of South America last week — on Wednesday in Santiago, Chile — and then flew home.

Balor issued an apology via Twitter to fans in Buenos Aires, Argentina on Friday after being unable to appear at events that took place there (on Thursday and Friday).

On Raw this week, Michael Cole said that he’s not at the show due to injury. He explained that Drew McIntyre injured Balor on Raw last week (McIntyre attacked Balor backstage for interfering in his match against Dolph Ziggler).

According to Mike Johnson of PWInsider.com, Balor isn’t actually injured, but he is sick. He was told during Raw that Balor missed the show due to illness (which would explain why he left the tour early).

To add detail to the situation, John Pollock of POSTWrestling.com reported Tuesday that Balor’s illness would require clearance for physical contact.

“Balor isn’t dealing with an injury as it’s more of an illness that requires clearance for physical contact,” Pollock wrote.

WWE expects Balor to be healthy enough to face Drew McIntyre this Sunday at WWE TLC: Tables, Ladders & Chairs, which is why Cole said the match will take place as planned. Last week’s beatdown was not designed to be a way to write Balor out, just a way to add heat to their match. Pollock speculates that if Balor is unable to wrestle, WWE can attribute it to McIntyre’s attack.

It’s worth noting that last week, the official website of Madison Square Garden stopped advertising a match where Balor would have teamed up with John Cena against McIntyre and Dolph Ziggler at a WWE live event on December 26. Cena and Balor are still advertised for the show, but they’re just listed as appearing. Cena is getting top billing, whereas Balor is listed at the bottom other Raw stars.