Booker T Filling In For Jonathan Coachman This Monday Night On Raw - PWPIX.net 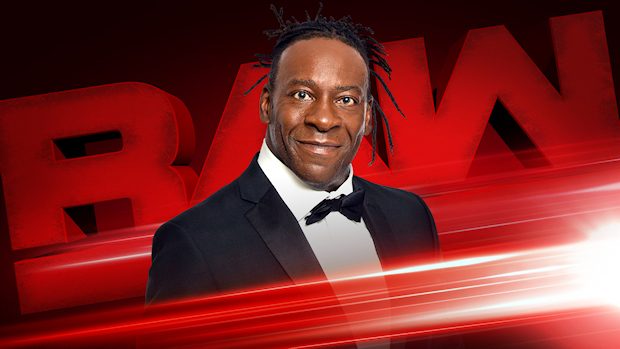 At least for one more night, Booker T will be returning to commentary on Raw this Monday.

Jonathan Coachman mentioned on Twitter earlier today that he would be missing Raw this coming Monday since he will be doing commentary for World Long Drive on the Golf Channel on Tuesday night.

PREVIEW: @WorldLongDrive staging “Clash in the Canyon,” on Tuesday (April 24) at 7p ET on @GolfChannel ;first of 5 live televised events in 2018. https://t.co/IpSZE9trAr pic.twitter.com/peE1Buesr3

Looks great. I love having the chance to challenge myself and try something new. Which is very similar to the incredible athletes competing next week. Hope you all can join us on Tuesday. @golfchannel @wwe https://t.co/aBSEVErApG

This is why you are not on RAW?

Yes. I laugh people think there are all of these conspiracy theories and made of stories. It’s no big deal. I have been talking about it for months. Me and @BookerT5x talked about this when I came back. It helps everybody. Head down and do work. That’s what we do https://t.co/XJCarrmxBH

Thank you. Yes and no. Read my timeline. When I left espn my vision was to try and bring different, diverse groups of people together with a common love of sports and sports entertainment. This is first step. It’s about fun and enjoyment. Very simple. Everybody wins https://t.co/ASDGWosdmn

Lol. What people? Dirt sheets. My friend I keep saying this and can’t be more clear. Unless it comes directly from one of us stop assuming that anything is true. Corey is great to work with. If we all were the same they wouldn’t put us together. https://t.co/wCxfrTWrCY

You have to be kidding me! I just got done telling my buddies that @TheCoachrules addition to the #RAW #WWE announce team was the best trio in 10-15 years!Those 3 were so entertaining week after week! Now I’m hearing that @BookerT5x is headed back? This is beyond atrocious!!

Oh ok, I can handle one week. I thought they made a permanent change! All is good in the world again. Haha. Keep up the great work man. I’ve watched this product for 30 years and the way you, Cole and graves interact… pure gold. Thanks for the entertainment!

Thank you kind sir. Tell your friends to check me out on Tuesday at @WorldLongDrive on @GolfChannel at 7p east. I don’t miss Raw unless there is a good reason. #crosspromotion #evolve https://t.co/tEuQPHJ0zC

This comes after Booker T mentioned that he would be at Raw in a video clip that was posted by his podcast co-host Brad Gilmore on Twitter.

Here’s some breaking news! @BookerT5x will be back on #RAW commentary this Monday! pic.twitter.com/poPCdvgxlK

WWE has yet to officially confirm the announcing situation for Monday.