What Happened After Raw Went Off The Air, Drake Maverick On AOP’s Untapped Potential, The Rock 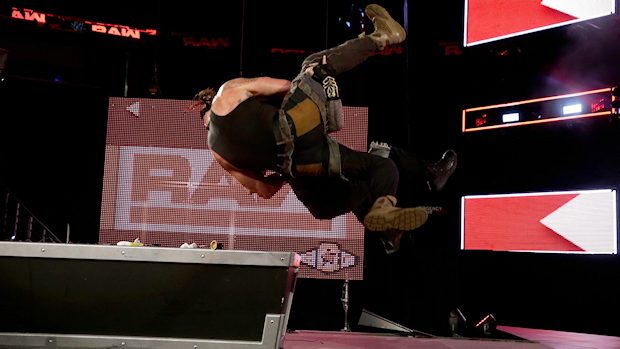 – After demanding a confrontation with Universal Champion Roman Reigns, Braun Strowman took an unbelievable ride from atop the Raw announce desk through the stage itself, courtesy of a thunderous Samoan Drop.

After Raw went off the air, Dolph Ziggler and Drew McIntyre assisted Strowman to the backstage area.

– WWE posted a clip of The Rock facing Kane and Christian in a 1-on-2 Handicap WWF Championship Match on SmackDown on September 7, 2000.

After The Rock took out Edge backstage, Christian challenged him with the help of Kane.