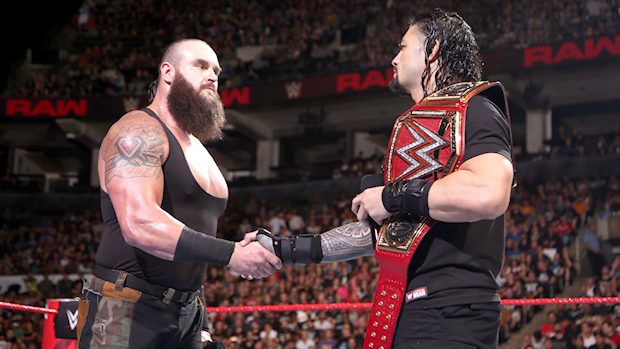 It’s been three months since Roman Reigns shocked the wrestling world by revealing that he has been living with leukemia for 11 years and the disease’s return would force him to relinquish the Universal Championship and take a leave of absence from WWE. Since the heartbreaking announcement, Braun Strowman has continued to stay in touch with Reigns. WrestlingNews.co recently caught up with “The Monster Among Men” and he talked about how Reigns is doing these days.

“[Roman’s] doing really well,” Strowman said. “I think he’s in Hawaii right now on vacation seeing some of his family so everything is going with him.”

When asked about Reigns possibly returning to ing, Strowman didn’t have any information regarding that but said Reigns sounds like he’s doing OK.

“It’s just a day by day thing,” Strowman said. “I know he’s doing his treatments and stuff at home. When I speak to him, he sounds well and says he feels well. I trust him with everything he’s ever told me.”

While Strowman and Reigns seem very different, they’re actually similar in some ways. has said that he and Reigns are similar when it comes to their approach to performing.

“Roman’s work ethic is just like mine,” Strowman said in a 2017 interview with Sports Illustrated. “We go out every night, we give 100 percent of what we have to go, we put our bodies on the line and we know that, at the end of the night, we’re going to have you on your feet, you’re going to be hoarse, and you’ll be going crazy because we did our job entertaining you. From top to bottom, we’re the best athletes in the world.”