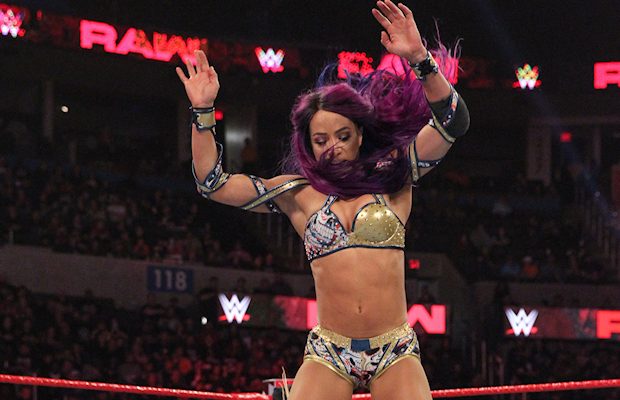 Sasha had her legs wrapped around Natalya’s shoulders when her tights fell down to expose her backside. Sasha, however, wasn’t exactly exposed as she wore pantyhose over a thong. She then quickly hiked her tights back up.

Scott Dawson joked about Sasha’s mishap on Twitter with the following: