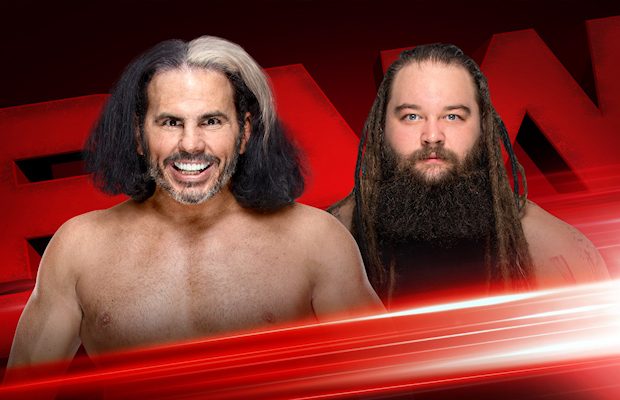 – Bray Wyatt hasn’t been “deleted” after all, at least not yet.

“The Eater of Worlds” appeared at last night’s WWE live event in Toronto, Ontario, Canada and attacked Kalisto and Gran Metalik following their match before cutting a promo. Later in the night, Wyatt attacked Rhyno and Slater after their match with The Revival. Matt Hardy came out this time and cut a promo, telling Wyatt that he needed to change. This led to Hardy leading the crowd in a “change” chant. They briefly brawled, which resulted in Hardy hitting Wyatt with a Twist of Fate.

Here is footage of Wyatt’s encounter with Hardy.

– In a brief interview with Sports Illustrated, Kofi Kingston offered his thoughts on Daniel Bryan getting cleared for in-ring action.

“When it comes to wrestling, Daniel Bryan is just so passionate about being here,” Kingston said. “This is great news. Him being around as the GM and backstage, I know he loved that, but you can just see it in his eyes and you can feel how he wants to be in the ring. The fact that he can now safely compete is awesome for him. I’m really, really happy for him.”

– Today is The Undertaker’s birthday as “The Deadman” turns 53 years old. Regarding his special day, WWE posted the following on Instagram.

It's a GREAT day to celebrate the #Undertaker…