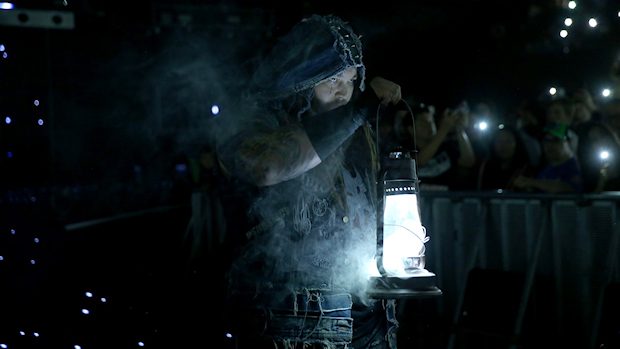 “The Big Dog” formally accepted the challenge from Drew McIntyre last night on Raw. McIntyre came out and brought up the distinction between Roman Reigns and “Joe,” asking if he has put his family through enough already, saying that they’ll have to watch him lose.

Reigns then came out and accepted McIntyre’s challenge. He also said that the next message wouldn’t be coming from Roman and warned him to never bring up his family or friends again.

After defeating Dean Ambrose in a Last Man Standing Match on Raw, McIntyre has a single word for Reigns’ fate at WrestleMania.

— It’s been over seven months since Bray Wyatt was last seen on television, but when he does return to action it will be with a different look.

The absent WWE Superstar got a haircut on Monday in Tampa, Florida and he got the sides of his head completely shaved. The person who cut his hair posted some shots of Wyatt’s new look on Instagram and you can see them here.

Wyatt last appeared on television on Raw on August 13, 2018. On that night, Wyatt and “Woken” Matt Hardy lost to then-Raw Tag Team The B-Team. Wyatt has worked a few live events since then, with his last bouts taking place in December. He worked three live events at the end of the month, beating Baron Corbin in singles matches.