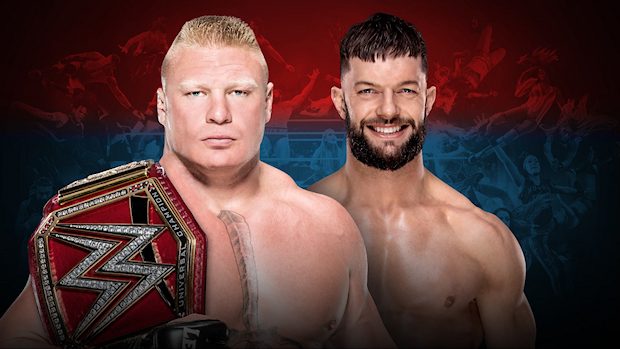 In a potential spoiler for the match, Dave Meltzer noted this past week in the Wrestling Observer Newsletter that Vince McMahon plans on having Lesnar defend the Universal Championship against Seth Rollins at WrestleMania 35.

Rollins is a confirmed participant in the Men’s Royal Rumble Match, which would indicate that he’ll win it to challenge Lesnar at WrestleMania 35.

Here is what Meltzer wrote about all this and why McMahon switched Strowman with Balor as Lesnar’s opponent at the Royal Rumble.

“Lesnar vs. Strowman was scheduled for the Rumble. When Strowman needed elbow surgery again for bone spurs, and they did the injury angle, Vince McMahon changed direction. The mentality was that Strowman lost at Crown Jewel and the reaction to the match wasn’t what they wanted. Then, because of the injury, they felt compelled to do an angle where he’d get destroyed again. McMahon felt that since WrestleMania is still earmarked for Lesnar vs. Seth Rollins as the title match, that a Lesnar vs. Strowman match either had to be a screw job finish, which wouldn’t go over well and would necessitate a rematch, or a win by Lesnar, which he felt would hurt Strowman.

“So, when Strowman was injured, McMahon changed it to Lesnar vs. Finn Balor. If you recall, Lesnar vs. Balor was scheduled for last year’s Royal Rumble, only to have McMahon change it because he squashed Balor for Kane, feeling he could get Balor over later, and then decided Balor wasn’t over enough and went with a Lesnar vs. Strowman vs. Kane three-way.

“The reason they continued the Lesnar vs. Strowman push was because of the original storyline when the match was still planned, where Strowman beating Corbin was to give him a title shot and because the idea was to fire Corbin, they went with it, although the Balor idea was already in place by the time of the TLC match. Also, and this is classic bait-and-switch, but for whatever reason, WWE believes it doesn’t have to deliver what it advertises, they had a big stadium to fill and the belief was Lesnar vs. Strowman would sell more tickets than Lesnar vs. Balor. So they waited until as late as possible to make the switch.”