Brock Lesnar To Appear On Raw Tonight, Nikki Bella Says "It's Not Over" With Ronda Rousey (Video) - PWPIX.net 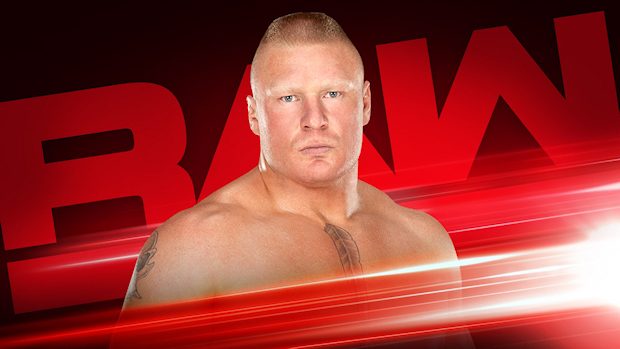 – Brock Lesnar is returning to WWE television on Raw tonight.

WWE announced this afternoon that Lesnar will appear at the Spectrum Center in Charlotte, North Carolina for tonight’s show, which is the last episode of Raw before Crown Jewel. Lesnar is set to face Braun Strowman for the vacant Universal Championship in Riyadh, Saudi Arabia this Friday.

Mere days before he battles Braun Strowman for the vacant Universal Championship at WWE Crown Jewel, Brock Lesnar and his advocate, Paul Heyman, will appear live tonight on Raw, WWE.com can confirm.

How will The Beast Incarnate’s presence change the landscape of WWE Crown Jewel, where a titanic confrontation for Team Red’s most prestigious championship awaits? Don’t miss any of the action tonight on Raw, live at 8/7 C on USA Network!

Lesnar’s most recent appearance for WWE came when he interrupted Roman Reigns vs. Strowman at Hell in a Cell last month. Paul Heyman was on Raw last week and built up Lesnar vs. Strowman at Crown Jewel. Strowman interrupted him, and the segment ended with Drew McIntyre laying out Strowman with the Claymore Kick.

– Nikki Bella says “it’s not over” with Ronda Rousey.

Following WWE Evolution, The Bella Twins remain defiant in the face of defeat as Nikki vows to bounce back better than ever.