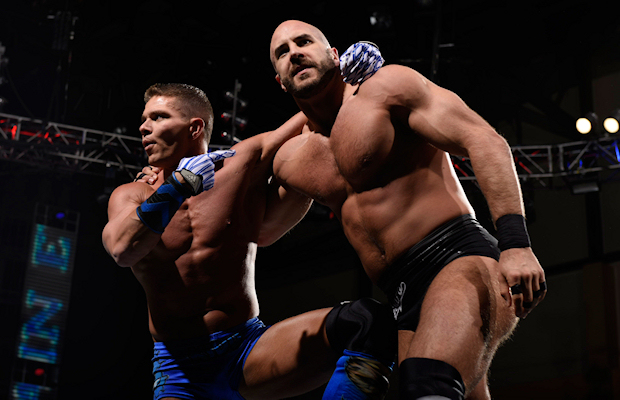 – As seen at WWE Extreme Rules tonight, ring announcing was done by Eden and NXT Diva JoJo as Lilian Garcia is still out recovering from surgery. This was JoJo’s pay-per-view debut. Lilian spent the night live-tweeting the show with fans on Twitter. She posted a video earlier in the night showing how she was using a machine to help bend her knee while at home.

– Sheamus tweeted the following after refusing to kiss the arse of Dolph Ziggler after losing to him at Extreme Rules:

– Former WWE Tag Team Champions Cesaro and Tyson Kidd tweeted the following after losing their titles to The New Day at Extreme Rules:

Chicago was great, every dog has their day apparently. The BTE is focused #ExtremeRules https://t.co/aVPfMsW2PZ

New day still sucks, myself and @KiddWWE are still the #BestTeamEver… #OperationGetTheTitlesBack is on #FACT #M