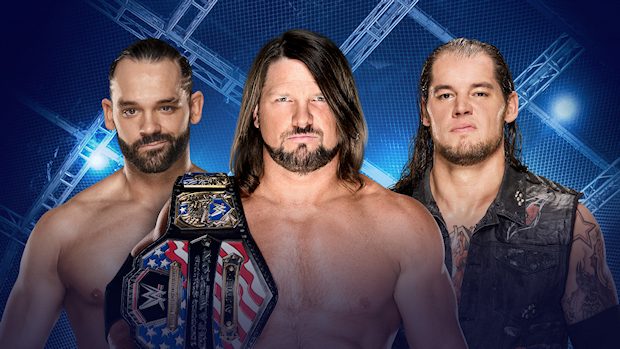 SmackDown General Manager Daniel Bryan announced on tonight’s WWE Hell In a Cell Kickoff pre-show that Tye Dillinger has been added to the Triple Threat for the WWE United States Title with champion AJ Styles and challenger Baron Corbin. The change comes after Tye defeated Corbin on Tuesday’s SmackDown.

Below is the card for tonight. Remember to join us for live coverage and news from the show on the main page.

Hell In a Cell for the SmackDown Tag Team Titles
The Usos vs. The New Day

Breezango brings back The Fashion Files