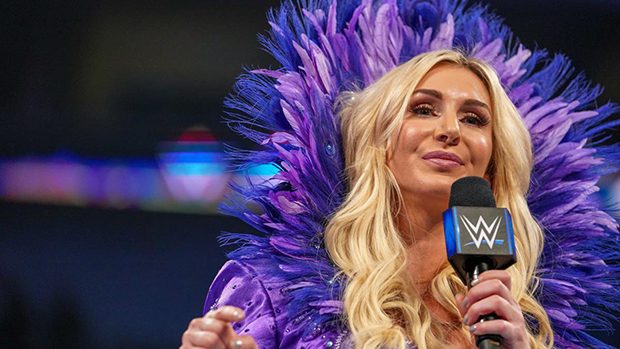 — Where is Charlotte Flair?

For the second week in a row, “The Queen” did not appear on SmackDown LIVE.

Flair and boyfriend Andrade were both given time off from the road following the death of his mother on June 7. This is same day that he challenged Finn Balor for the Intercontinental Championship at WWE Super ShowDown in Jeddah, Saudi Arabia. Andrade returned on SmackDown LIVE last night as he attacked Apollo Crews from behind backstage.

Flair was also backstage, but not used.

“The Showoff” is determined to show that he deserves what he says he does when he battles the WWE Champion inside a Steel Cage this Sunday.

— Here are the top 10 moments from last night’s episode of SmackDown LIVE.