Charlotte Flair On If She Was Nervous Posing For ESPN The Magazine's "Body Issue" - PWPIX.net 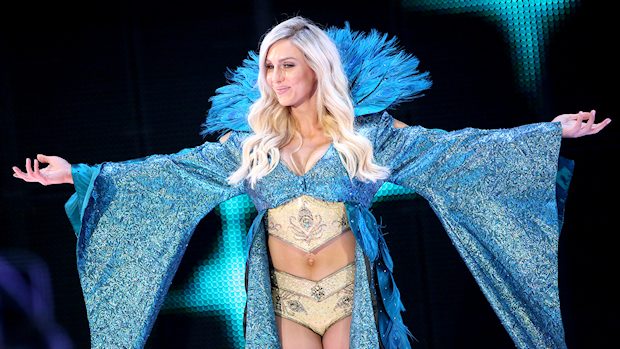 For Charlotte Flair, this weekend is a little different than usual

Instead of competing in the ring, Charlotte joined Stephanie McMahon, Big Show, and others in Seattle, Washington for the 2018 Special Olympics USA Games. It marks the 50th anniversary for the sports organization that spotlights and supports children and adults with intellectual disabilities, and it’s the second time the former Women’s Champion has participated in the organization’s marquee U.S. event.

And oh yeah, she recently posed naked in ESPN The Magazine’s “Body Issue.”

During an interview with Yahoo! Sports, Charlotte talked about posing nude for the “Body Issue” and being the first WWE Superstar to do so.

“I’ve always been a huge fan of the issue and growing up as an athlete, it was very encouraging to see that strong was being shown as sexy. So, the athletes very much inspired me and I guess almost helped me feel comfortable in my own skin,” Charlotte said.

“I’m an athlete, I am sexy. It was obviously a bucket list but a WWE Superstar had never been in the issue, so when I found out that they were going to have me in the 10th-anniversary issue, I was like, ‘Is this real?’ I kept annoying our talent relations department like, ‘I really am picked, they aren’t going to change it? For sure?’

“Up until the shoot, I kept checking in. I was just so excited and the fact that the women have worked so hard for WWE for so many years to be more than just eye candy, more than just the women are divas. Just to show the world that we are athletes and have so much to offer.

“The Body Issue” reaches a whole different demographic in that they can see, ‘Wow, women’s wrestling has come this far and she’s an athlete.’ I hope this opens doors for more women to be represented in years to come in the issue to a whole new demographic. I was very honored and very excited and it also made me feel proud to be an athlete because I know when I first started, I had such a hard time.

“And here I am almost six years later and I am so proud I grew up playing sports and that I have an athletic body and I just hope it sends that message all over.”

Did Charlotte get nervous posing nude?

“But no, I completely committed to the project and told them I wanted to do it without makeup. I actually had a black eye from Asuka from WrestleMania that I do not regret. I wanted it to be shown because we shot the week after WrestleMania. I was kind of excited about it. I get to show off my battle wound.

“I think just the message that being who you are in any shape, any size, no makeup, completely raw, is just so important and that’s what I just kept thinking about. It was almost like a weight lifted off my shoulders. This is who I am. I’m so proud of my body. I’m so proud to be an athlete. I wouldn’t change anything.”

While Charlotte is proud of her photo shoot, she’s not sure if posting nude photos of herself on Instagram is appropriate.

Click here to see Charlotte’s photos in “The Body Issue.”