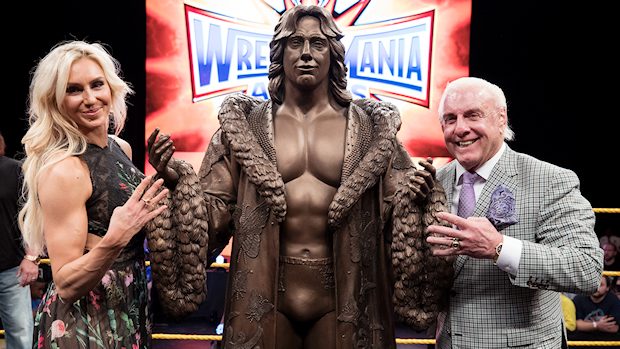 – Below is video of WWE Hall of Famer Ric Flair backstage with new SmackDown Women’s Champion Charlotte Flair after her big win over Natalya last night. Charlotte says she didn’t know her dad was coming but just to be in Charlotte and hear his music, to know how far she’s come is crazy. Flair says she won her first title from Natalya with her dad in her corner and to come full circle, knowing everything turned out OK in the end… she doesn’t know what to say. The Nature Boy says he lives each day at a time and his first goal after his recent health issues was to come see Charlotte again. Flair says he tries to be at all her big matches and he wouldn’t have missed this one for the world. Charlotte also comments on the Survivor Series, saying Team Red will bow down.

GIMME AN OL’ RE-TWEET if you’re excited about the 1st public appearance of The Hardy Boyz together since Jeff’s shoulder surgery.