Chelsea Green Returns To Action At NXT Live Event, “A Moment of Bliss” Set For Raw Tonight, The IIconics 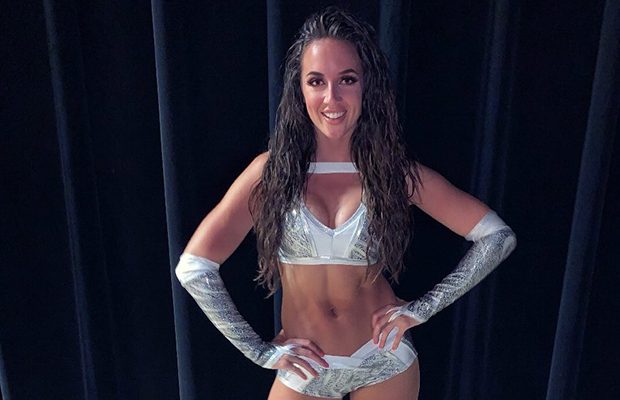 — In her first match since breaking her wrist, Chelsea Green wrestled on Saturday at NXT’s live event in Venice, Florida. In a tag team match, Green and Deonna Purrazzo lost to Kacy Catanzaro and Lacey Lane.

loooooookie here. I’m back and I’m about to light this division on 🔥. https://t.co/Pu9TlsVwZ7

I love Kacy, but a girls gotta win her comeback match. Feel me? https://t.co/zsSX3z5sf6

Green broke her wrist on March 13 during a dark match against Jessie Elaban at an NXT television event in Winter Park, Florida.

— Less than a week after Nikki Cross earned Alexa Bliss a SmackDown Women’s Championship rematch against Bayley at WWE Extreme Rules, “The Goddess” invites her new friend to her popular talk show, “A Moment of Bliss,” tonight on Raw in Dallas, Texas.

A very special guest who had a very special win against my opponent at #ExtremeRules! Almost playtime, @NikkiCrossWWE! https://t.co/GwaBg2tah5

Carmella responded to Bliss to say that Cross should have the match instead of her.

She was so good on #SDLive maybe @NikkiCrossWWE should have a match at #ExtremeRules instead of you?!? And you can just sit there with your pigtails, sip your coffee and let everyone else do the hard work for you. 🤷🏼‍♀️😉 https://t.co/C1ZVOf34wg

— Hit the road with Billie Kay and Peyton Royce on a new episode of WWE Ride Along, streaming tonight after Raw on the WWE Network. In this preview clip, The IIconics recall their dream come true.