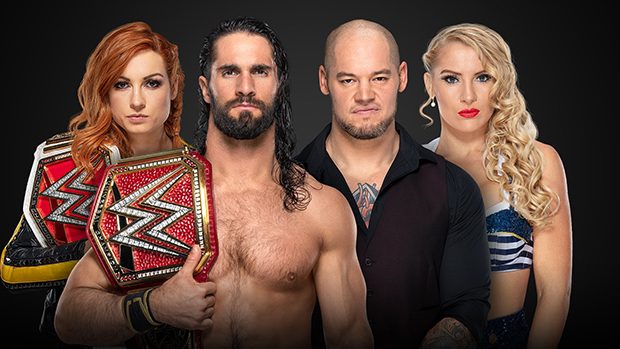 At Extreme Rules, Universal Champion Seth Rollins and Raw Women’s Champion Becky Lynch will both put their titles on the line in a Mixed Tag Team Match in the hopes of getting Baron Corbin and Lacey Evans out of their hair once and for all. A stipulation has been added to the match as WWE announced this afternoon that it will be contested under Extreme Rules.

Rollins and Lynch kicked off last Monday’s post-Stomping Grounds episode of Raw, but were interrupted by Corbin’s entrance theme, with Evans ambushing Lynch. After Rollins and Lynch fought them off, Corbin and Evans proposed the Mixed Tag Team Match for Extreme Rules.