Chris Jericho Was The Backup Plan For Shane McMahon At WrestleMania 34 - PWPIX.net 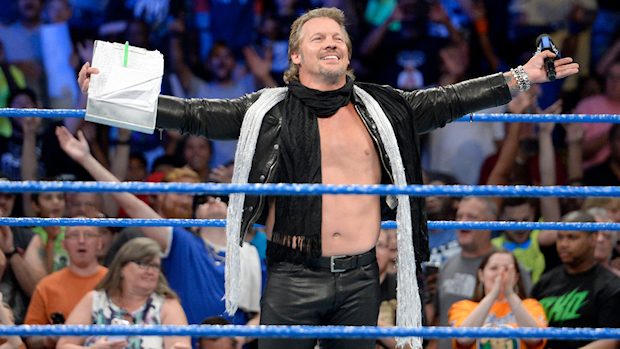 On this week’s edition of Talk Is Jericho, Chris Jericho revealed that he was the backup plan to team with Daniel Bryan against Kevin Owens and Sami Zayn if Shane McMahon wasn’t cleared in time for WrestleMania 34.

“A few weeks before WrestleMania, maybe three or four weeks, I get a call from Vince,” Jericho said.

“And he’s talking about Shane and his appendix, not his appendix, his diverticulitis, and he had an infection in his hand and he had, there was one other thing as well…staph infection…hernia, that was it. And he goes, ‘Listen, we don’t know if he can do ‘Mania.'”

Jericho said Vince asked him what he thought about coming to New Orleans and filling in for Shane if he couldn’t wrestle. There was the problem of Jericho having a Fozzy concert in Hampton Beach, New Hampshire on the day of the show and a WrestleMania watch party event scheduled, but Jericho said they looked at their options and he would have been able to get to the Superdome in just enough time with the help of a police escort.

While Shane was ultimately able to make the show, his status for WrestleMania was put into doubt when he was hospitalized with acute diverticulitis and an umbilical hernia. WWE.com posted the news less than two weeks before WrestleMania, but Bryan and Shane vs. Owens and Zayn was announced as planned the next day.

Bryan, who was Jericho’s guest on Talk Is Jericho, said WWE is in a stage where they don’t tell the wrestlers anything because company officials are afraid they’ll reveal information to the “dirt sheets.” Bryan was told they had a good backup plan that he assumed was Jericho because of Jericho’s history with Owens.

The tag team match was Bryan’s return to the ring after being cleared to compete by WWE. Prior to the Greatest Royal Rumble, Jericho’s most recent match for the company was against Owens and AJ Styles last July.