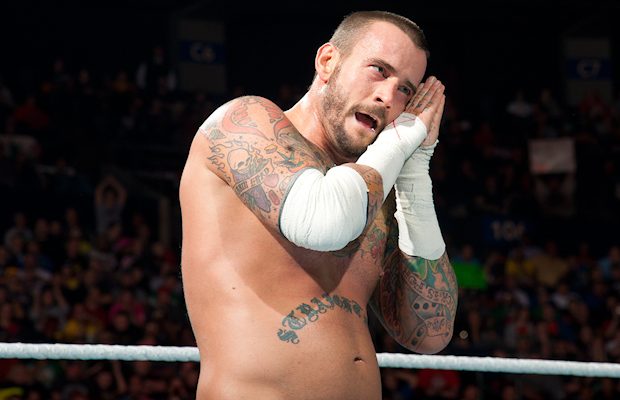 After fighting together on the same side and winning a defamation lawsuit two months ago, Colt Cabana and CM Punk are now on opposite sides of a legal battle.

The Chicago Sun-Times reported Thursday that Cabana is suing Punk for breach of contract and fraud, with Cabana alleging that Punk texted him that he would be “100% covered” in the Amann suit. Cabana is seeking $200,000 in general damages and $1 million in punitive and exemplary damages.

Cabana claims that Punk’s assurance that he would be covered is the reason that he didn’t comply with the letter he was sent by Amann’s counsel demanding that he take down the November 2014 episode of the Art of Wrestling podcast that Punk appeared on. It also demanded that Cabana issue a retraction for Punk’s critical comments about the lack of care he received from Amann while in WWE.

Cabana’s lawsuit states that he and Punk employed the firm Loeb & Loeb to defend them in March 2015, with their retention agreement saying that it was understood that Punk would be responsible for paying for the invoices.

The following email from Punk to Cabana in April 2016 is included in the lawsuit:

“To date I have spent $513,736 dollars on this Amman lawsuit. My outstanding current bill is at least 300k. Half of all this is yours. Divide the 513,736 by 2 and that is what you owe me and what I expect you to pay me. Starting now I will no longer be paying your bills. You are on your own. Whatever my bill is currently, will be cut in half, and half will be yours. If you choose to make this all ugly, that’s fine too. I hope you won’t, but I gave up on you doing what is right a long time ago.”

Cabana notified Loeb & Loeb that he was prepared to retain separate counsel, but he says they came to an agreement for them to continue representing both Punk and Cabana with Punk covering the fees going forward. Loeb & Loeb then withdrew as Cabana’s counsel in March 2017, with Cabana believing that Punk caused them to do so.

The jury ruled in favor of Punk and Cabana in the Amann trial in June. Cabana hired Carey Stein of Ashman & Stein after Loeb & Loeb withdrew from representing him. Following the trial, Cabana’s counsel notified Punk’s of Cabana’s demand for reimbursement of approximately $200,000 in fees and net costs. Loeb & Loeb informed them that Punk refuses to do so.

You can check out the documents from the lawsuit below.