Curt Hawkins Out Of Action With Hernia Injury | PWPIX.net 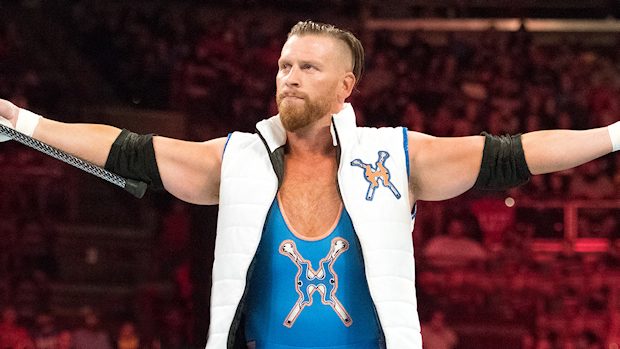 Curt Hawkins is back.

After being out of action due to a hernia injury, the Raw Superstar returned to action at Tuesday’s WWE live event in Leeds, England.

WWE’s serial loser went into the show on an unprecedented streak of 220 losses in a row, so it was business as usual when he teamed with Mojo Rawley in a losing effort against Tyler Breeze and No Way Jose, extending the run to 221 matches. On this occasion, however, the former tag team champion competed in two more matches — one against Zack Ryder and one against Titus O’Neil — and he was unable to win either of them.

Following the show, Hawkins took to Twitter to bemoan/celebrate the greatest losing streak in all of sports entertainment.

I just had my first match in 11 weeks. Well, ended up having 3 matches actually & I lost all of them. At least I’m consistent. The streak is very real people. 0-223.#WWELeeds

Then at yesterday’s show in Cologne, Germany, Hawkins again lost to Ryder in a singles match.

Hawkins, who until Tuesday had not wrestled since August 26, believes he sustained the hernia injury while bodyslamming Ryder at that live event. He underwent minor surgery and was apparently cleared to return to action late last month

During his absence from the ring, Hawkins took on a behind-the-scenes role as a producer. Vince McMahon wanted him in the role and he often works with Tyson Kidd.

“Well, my story is even crazier than that. I realized I was hurt, got everything situated with what I was going to do, I was gonna get surgery and then the office called me and told me that Vince would like me to be a producer while I’m out,” Hawkins said.

“So the whole time I’ve been out I’ve been doing that. It’s pretty cool. It’s flattering that I was chosen. Incredible, one of a kind learning experience. I don’t think it is something I wanna do at 33 years old. I feel like I’m in the absolute prime of my wrestling career … so, every meeting I’ll be assigned to somebody. Hey, follow Jamie Noble and do what he does or follow Dean Malenko and do what he does. But most of the time I’ve been with Tyson Kidd, who’s one of my best friends.”

Hawkins says his wrestling experience has helped him in the role.

“For sure, yeah, I see how things get done and why they get done … there’s reasons for things and you don’t know that because you don’t know. I think that was the idea,” Hawkins said.

“Like, the beneficial idea of it and I think more people will do what I’m doing when they get hurt, any opportunity presented itself for sure, because eventually, our generation is going to have to do that kind of stuff.”