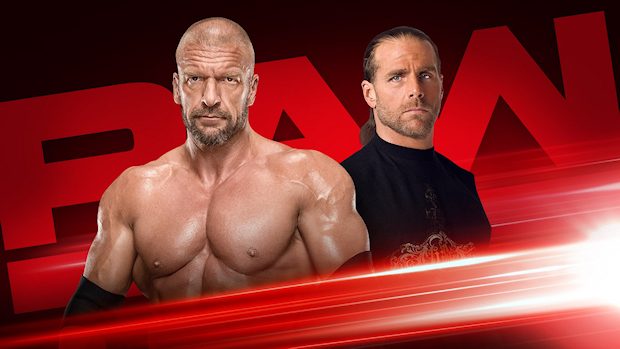 WWE has a made few announcements for tonight’s Raw from the Dunkin’ Donuts Center in Providence, Rhode Island.

D-Generation X reformed two weeks ago to challenge The Brothers of Destruction at WWE Crown Jewel, and it was mostly silence last week from Undertaker and Kane, save for an ominous dispatch during Raw and a brief appearance by “The Deadman” to close out SmackDown 1,000. Triple H and Shawn Michaels will get a chance to feed the fire a little more, as DX returns to Raw tonight.

A Raw Tag Team Championship Match is set for tonight, with Dean Ambrose and Seth Rollins challenging Dolph Ziggler and Drew McIntyre for the titles. Last week’s Raw continued to tease dissension between Ambrose and Rollins, but The Shield ended up beating Braun Strowman, Ziggler and McIntyre in a Six-Man Tag Team Match. Strowman laid out Ziggler after the match, leading McIntyre to strike Strowman with the Claymore Kick.