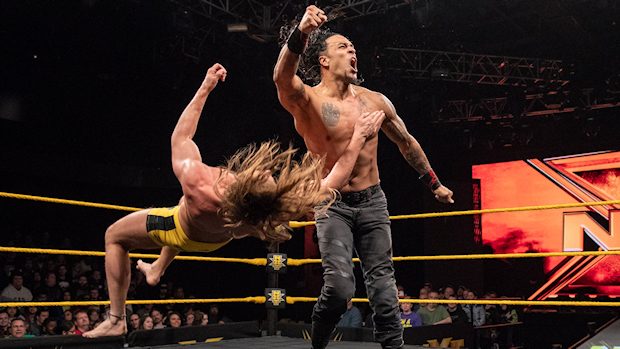 During an interview with Sports Business Journal for an article on the WWE Performance Center, the former ROH World Television Champion revealed that he’s being rebranded as Damien Priest.

Martinez said Damien Priest will be an even darker character than he’s previously portrayed. He adds this will lead to new outfits, new entrance music, and a new persona.

“I’ve always been into the weird, the odd, the dark, so that’s the character I’ve always represented,” Martinez added.

Martinez, who is 36 years old, often finds himself competing with younger talent. However, he doesn’t see his age as a problem.

“If I can go at the same level, then age doesn’t matter. As long as I’m doing a little bit more than you, you will never be on my level. I’m not a patient person, but I’m a positive impatient. I’m not willing to just stand by. I’m going to keep pushing until something sticks,” Martinez said.

— After the Dr. of Thuganomics’ return at WrestleMania 35, WWE Top 10 counts down these Superstars’ greatest throwbacks to their classic personas.

— The Miz returns to Cleveland, Ohio to visit his childhood gym with his dad and meet fans at Cricket Wireless.