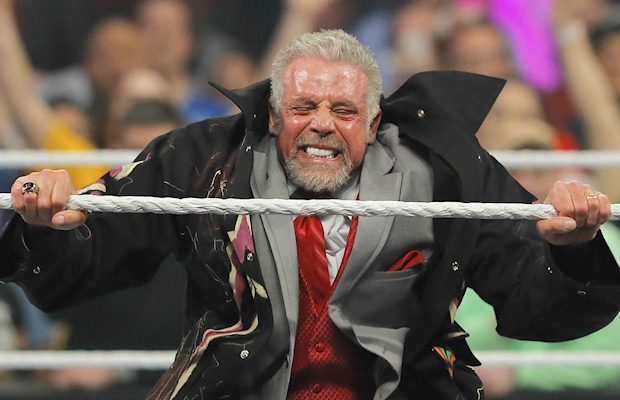 Ryback recently made headlines on his podcast, Conversation with the Big Guy, when he claimed that WWE thought about booking him to battle Ultimate Warrior at WrestleMania 30, which took place on April 6, 2014, at the Mercedes-Benz Superdome in New Orleans, Louisiana. He claimed that Mark Carrano, WWE Senior Director of Talent Relations, showed him a pre-lineup for the show and he was penciled to battle the legend.

However, according to Warrior’s widow Dana Warrior, there is no truth to this.

Not true. It always saddens me when people tell untruths on a man's grave to promote their lives. Do your OWN work. Dana https://t.co/B4gFSmKljq

Zero truth. I negotiated the whole deal with Warrior. He wanted to be nothing but an ambassador for the company and mentor the young talent.

Zero truth to Ryback vs Warrior at WM30. Warrior had no intention of ever stepping in the ring. Listen to his speech. It was never discussed

Ryback believed the match would not have done much for his professional wrestling career, but he would have done it anyway.

“I remember seeing my buddy, one of my great friends in life, Mark Carrano, actually showed me the WrestleMania card early. They kind of have an idea of what they want to do, obviously, ahead of time, and they had on it Ryback vs. Ultimate Warrior. And I just said, ‘cool.’ But in my head, at the time, it was kind of during my heel deal, that first one, where it probably wasn’t going to be a favorable position for me as far as all that, but I was excited because I figured that’s his one last moment in WWE, so I thought it would be really cool. I didn’t think I would necessarily be the right guy for that, probably not, but I didn’t know anything about what kind of shape he was in or if he could wrestle or not. But I 100% would have done it. I always did what was asked of me there.”

Ryback reflected, “especially being in the position that I was in and having success without necessarily being allowed to go higher, but I didn’t think it was because it probably… Much like when Hunter did the favors for him the WrestleMania before he came back early on, Hunter never broken through yet and whatnot. But I thought I didn’t think it was necessarily going to be the perfect, but at the same time, I loved The Ultimate Warrior was a kid. In this business, you can’t be a f–king mark. Especially, a lot of guys have a problem with this. It’s business and I’m looking at it like, ‘well, how the f–k do I recover from that [match at WrestleMania]?’ It’s not necessarily going to be a joke, but it’s probably going to be one of those one or two-minute deals.”

In Ryback’s estimation, being part of Warrior’s last match would have been a memorable moment.

“It would have been cool because it would live on forever and whatnot in the grand scheme of things.” Ryback admitted, “from a personal standpoint, it would’ve been cool to be part of his last moment [in WWE ring], as far as his last match, probably, in WWE, to give him, to go out in one big bang.”

Ryback believes that the match with Warrior never happened because WWE’s plans changed, but also said that the whole thing may have been nothing more than a rib.

“Yeah, so that was one of those deals, and this is again, I don’t know how serious it was,” Ryback said. “That was a real thing at one point or it was presented as a real thing. Again, you never know with WWE. Mark Carrano, they could’ve had his sheet [forged]. ‘Let’s f–k with Ryback and make him think he’s going to be on WrestleMania.’ I’m not kidding. It could’ve been that. But I did see the sheet where it said ‘Ryback vs. Ultimate Warrior’ and they had other matches on that card that did end up happening. But things change and that ended up not happening.”