Daniel Bryan Reportedly Off WWE Crown Jewel, Backstage News On Who Could Replace Him 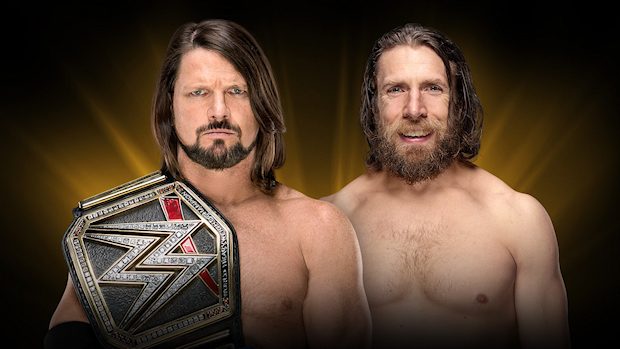 Daniel Bryan is reportedly off WWE Crown Jewel after refusing to travel to Saudi Arabia.

According to a report by Mike Johnson of PWInsider this morning, Bryan will not appear at Friday’s event at King Saud University Stadium in Riyadh.

Bryan, who is advertised to challenge Styles for the WWE Championship, has apparently made it clear to WWE officials that he will not be traveling to Saudi Arabia.

WWE has yet to officially confirm Bryan’s withdrawal, news of which was first reported last week by Robbie Fox of Barstool Sports. As of Monday afternoon, WWE planned to not send Styles to Saudi Arabia and production plans were being put into place that would have seen Bryan wrestle Styles at the WWE Performance Center in Orlando, Florida with the match airing as part of the Crown Jewel broadcast on Friday. Johnson was told that in the midst of production plans being made yesterday for that bout, the idea was dropped.

It’s unknown as of last night how WWE will proceed with the match not taking place. WWE.com is advertising a confrontation between Styles and Bryan for tonight’s SmackDown LIVE, so expect a hastily thrown together angle that will result in the match getting canceled.

“WWE Champion AJ Styles and Daniel Bryan are set to clash for the title this Friday at WWE Crown Jewel, but the tension between the two Superstars may reach new heights on SmackDown LIVE.

“Styles will confront his challenger tonight. After Styles and Bryan suffered two straight losses to The Usos after striking one another (seemingly by accident), will the champion and the challenger avoid coming to blows ahead of Friday’s title showdown?”

According to WrestlingNews.co, there was a pitch to have Rusev take Bryan’s place at Crown Jewel. They could also do the match tonight on SmackDown LIVE to close out their feud and then have someone else (like Rusev) attack Styles to set up their match.

Assuming the reports turn out to be accurate, Bryan follows in the footsteps of John Cena in objecting to WWE’s latest jaunt to the desert. Cena, with one eye on his burgeoning Hollywood career, was officially removed from Crown Jewel during Raw last night. According to WrestlingNews.co, Cena and Bryan are the only two WWE Superstars who have flat out said no to management about flying to Saudi Arabia but there are others who have privately said that they would rather not go on the trip. Cena has the power to say no and Bryan has plenty of money saved, so he doesn’t care about facing repercussions.

WWE has drawn immense criticism about holding Crown Jewel in Saudi Arabia. WWE announced last week that they would continue on with the show after Jamal Khashoggi, a columnist for the Washington Post who lived in Virginia, was murdered inside a Saudi consulate in Turkey by perpetrators who allegedly have ties to the Saudi crown prince Mohammed bin Salman.