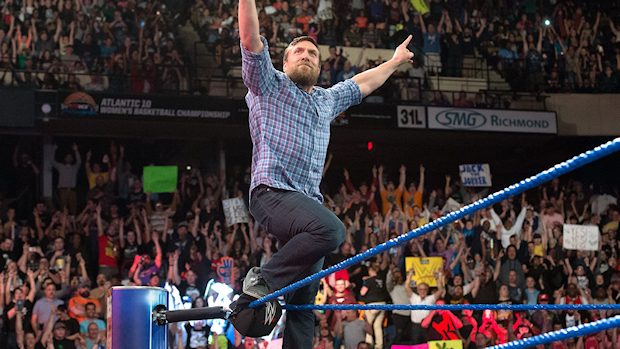 While Daniel Bryan’s future in wrestling is unknown, many expect him to leave WWE once his contract expires with the company.

Bryan hasn’t wrestled a match since April 14, 2015, when he teamed up with John Cena against Cesaro and Tyson Kidd at a SmackDown taping. With Bryan’s desire to continue wrestling and WWE’s stance on not allowing him to do so with them because of his concussion history, many believe he will be leaving WWE once his contract expires to wrestle on the independent circuit and overseas.

The favorite to acquire Bryan once his contract expires is Ring of Honor because of their history with the former WWE Champion and the matches which they could provide him in the promotion against the likes of Cody Rhodes.

During an interview with AVClub.com, Ring of Honor Chief Operating Officer Joe Koff addressed the possibility of Bryan wrestling for the promotion again and he revealed when Bryan’s WWE contract expires.

Koff said, “I’m not gonna give you odds, I wouldn’t even know how to set those. Bryan’s under contract with the WWE, from what I understand, until September 2018. If he chooses not to renew that contract, and he is able to wrestle from a health standpoint, I would welcome him. It would be a triumphant return.

“I think we would be the right place for him, the right fan appreciation, the right respect from the industry plus management plus everybody. But there’s so many variables in that. Even though it’s not far away, a year in wrestling is a long period of time. But he is more than welcomed to come back and I would love to have him on our roster.”