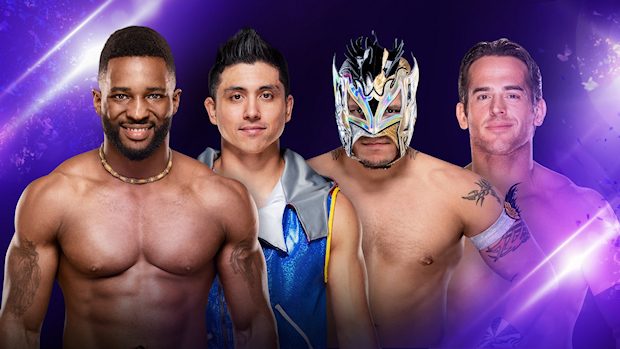 With the first round of the WWE Cruiserweight Championship Tournament coming to an end, WWE 205 Live General Manager Drake Maverick has revealed the full tournament bracket and announces second-round matches.

The bracket effectively follows the order that the matches were done on television. On the left side of it, Cedric Alexander will take on TJP and Roderick Strong will face Kalisto. Both of those matches are scheduled for next week. The winners will be matched up in one of the semifinals.

The right side of the bracket has Mustafa Ali vs. Buddy Murphy and Drew Gulak vs. Mark Andrews. Those matches will take place on the March 6th episode of 205 Live and will decide the other semifinal.

Murphy, a former NXT Tag Team Champion who hadn’t been on television in over a year until being announced for the tournament, made his 205 Live debut last night by defeating Ariya Daivari in a first-round match. Ali also moved on to the quarterfinals by beating Gentleman Jack Gallagher.

The new Cruiserweight Champion will be crowned in the tournament finals at WrestleMania in New Orleans on April 8th.