Eden Posts Blog on Why She Left WWE, Her Future and More - PWPIX.net

Eden Posts Blog on Why She Left WWE, Her Future and More 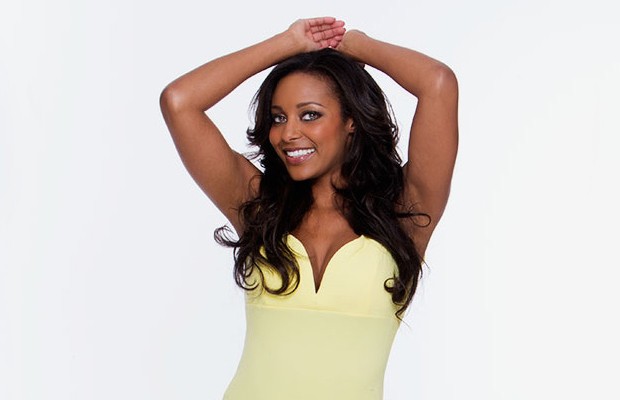 Brandi “Eden” Rhodes posted the following blog on her official website, explaining her WWE departure and what the future holds. As noted, she was granted her release and finished up with WWE at last night’s tapings. Husband Cody Rhodes also left this week.

…and the rest will follow. I’ve loved that En Vogue song since I was a little girl.It just screams freedom and equality. The simple words express so much how I feel this morning heading back home to Texas.

Last night I announced my last match at Scope Arena in Norfolk, VA…trust me guys, Kevin Owens is sad as hell. Nobody’s gonna hit the “Ooooooowens” like I could I mean, let’s be honest. He’s a cool dude and I tried to express that in an announcement and you guys really got behind it. Thank you! But a little more on the who, what, when, where and WHY?!?!

So…honestly? I’ve been “leaving” for a couple of months now. The teasing tweets about the LA and NY things? Those were all very real. I have wanted to go for awhile and when I make up my mind, it’s difficult to talk me out of it. What I wanted to do was finish out my contract. It was set to end in 2 months. When my husband decided to go, it seemed silly to stay somewhere for 2 more months that I was already planning on leaving. So I asked WWE if we could push up the contract end date and they obliged. We parted amicably at the end of a contract. I have come full circle. The flexibility of my new gig is pretty nice. I essentially could start whenever I wanted…and I’ll begin in July. Right now I’m just going to be enjoying my life with my family as we head into the next stage.

But…still working. In entertainment we are always working. This is actually work right now. I am now able to earn a profit as a blogger (which I wasn’t able to do before with WWE). The contract can be very restricting/limiting. I hate when a good deal floats by because someone tells me I can’t do something. There’s money on the table and fun to be had, and I just can’t?! Just because?! That just gets my goat. I can’t be limited. I followed all of the rules growing up. Now in my 30s I can’t be told what to do anymore. I’m too creative and awesomely weird to hold that shit in. So anyway, I’m working. The blog, traveling for meetings. I can do multiple gigs now so I’m blood thirsty and want to do everything! I’m going “hard in the paint” as they say, and busting my tail.

“Before you can read me you’ve got to learn how to see me.” What does that mean to Brandi? It means I can’t be Eden anymore. I admire my mother. She’s a hard working, smart, smart woman who never got a break. She has so many skills and creative ideas, but they never got to be appreciated. This one is partially for her. I’ve got a hell of a body of work, as Dusty would say, and I cannot waste it. I cannot look back one day and say…I had all of this talent and ambition and I stood in the corner of a ring in the back, when I knew I could be in the front. I’m going up front guys.

To my girls…I’m sure I’ll miss someone and I hate that. If you’re my girl you know it so don’t be weird…keep that place afloat. Kick butt and take no prisoners. Be the shining stars you came here to be. Nattie keep being a beacon of light, Maryse stay sassy, Jojo tear up those anthems, Sasha stay bossy, Tamina’s my BITCH forever ha! Trin & Summer stay real, Emma and Becks keep your senses of humor, Lana keep asking too many questions and Charlotte DO YOUR JOB! WWE Make up divas are some of the best in the biz! Thanks all of you fab ladies, Leslie, Jackie & Ralinda especially. . Thanks to John Laurinaitis for discovering me back in 2011. He always said he thought I could be a star. Mark Carrano and Michael Cole thanks SO much for believing in me and helping me succeed as a ring announcer.

Thanks for the memories! All of my Eden fans, my fashionistas, my shoe divas, my model chicks, my friends. Thank you for the continued support, without all of your unwavering encouragement, I wouldn’t have the utmost confidence going into these next phases of my life. I hope you all stay hungry, excited about your lives and empowered! Stay true to yourselves and always do the right thing. Always. It might not get you what you want right now, but it will get you what you need. The man upstairs, he’s watching when no one else is. I believe that. That’s why I always throw my garbage away. I’m for real. I can’t leave garbage laying around because I know he sees that laziness haha! You laugh but, Brandi does NOT litter and I’m a G For that! Until the next blog…