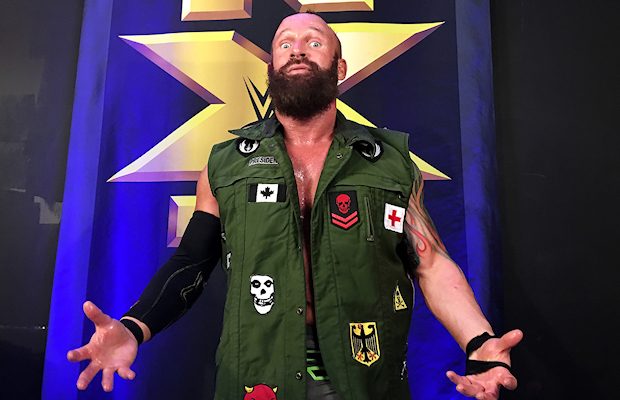 – The status of Eric Young has been unclear since the former TNA World Heavyweight Champion appeared at two NXT events in late April. Dave Meltzer of the Wrestling Observer Newsletter, however, revealed over the weekend that the 36-year-old will continue to appear for WWE’s developmental branch.

Meltzer responded with the following after being asked about Young’s status with NXT.

– Filming for WWE Studios’ The Marine 5: Battleground, which stars The Miz, Maryse, Naomi and The Social Outcasts, wraps up this week in Vancouver. Director James Nunn tweeted the following on Monday.

The Miz will be back in action next week as the official WWE website has him listed for Tuesday’s SmackDown taping in Miami, Florida. He has an autograph signing scheduled that same day at the Cricket Wireless Store at 12530A Pines Blvd, Pembroke Pines, Florida.

– Former WWE ring announcer Eden is celebrating her birthday today as she turns 33-years-old. She was granted her release from WWE on May 24, just days after her husband, Cody Rhodes, also requested his release.