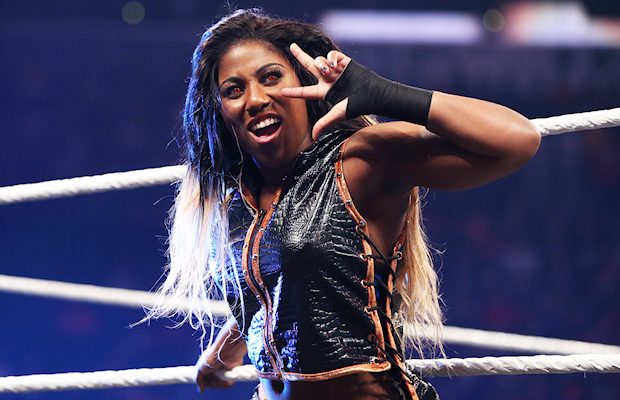 It looks like Ember Moon won’t be wrestling at NXT TakeOver: Chicago on May 20.

Apparently it looks like Ember Moon will be out for TakeOver Chicago, will become a Triple Threat I think. pic.twitter.com/urbzA0tApK

WWE.com, however, still has Moon advertised for the bout, with Moon slated to face NXT Women’s Champion Asuka, Ruby Riot and Nikki Cross in a Fatal 4-Way Match.

During an NXT Women’s Championship No. 1 Contender’s Battle Royal that was taped on April 19 and aired this past Wednesday, there was a spot where Moon appeared to take a nasty bump off the barricade.

Since then, there have been reports saying she was wearing a sling at house shows and her shoulder was hurt.