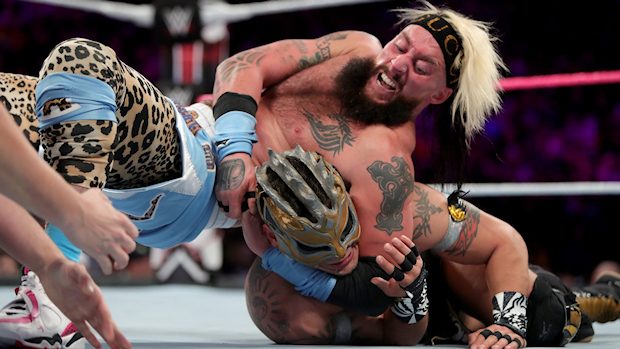 Enzo Amore ﻿﻿says he could care less about being banned from the WWE locker room.

“Bro, I got my own locker room — literally. That is a fact,” the WWE Cruiserweight Champion told TMZ Sports earlier this week outside the Poppy nightclub in Los Angeles, California.

“I don’t talk to nobody. You know why? ‘Cause if you ain’t talkin’ money, what the hell you talkin’ bout?!”

There have been real reports of Amore being shunned after inviting questionable guests backstage, but it doesn’t seem like he cares either way.

“Being a champion, you wake up in the morning and you piss excellence. The only vowel I’m concerned with is ‘I.'”