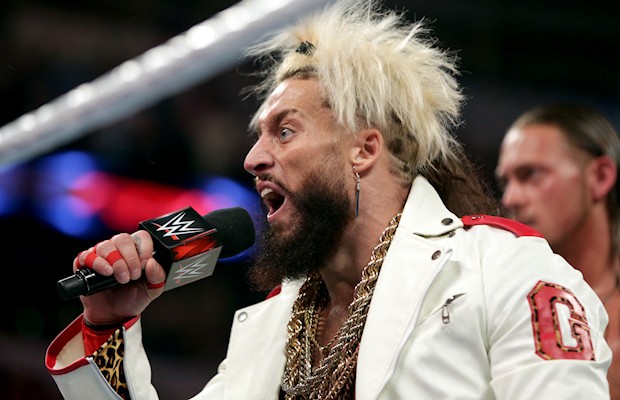 – Enzo Amore is backstage at tonight’s WWE RAW in St. Louis, even though he did not appear in the segment with Big Cass and the other tag teams. As noted, he will have to pass ImPACT concussion testing before he’s cleared to return to the ring.

– Tonight’s show is the first with both Shane McMahon and Stephanie McMahon in charge. Shane tweeted the following:

– Eden is filling in for Lilian Garcia on tonight’s RAW. Tom Phillips, who has been working WWE NXT as of late, is also backstage for tonight’s show. Eden tweeted the following:

THIS is the dress @shopbop sent me overnight and GOOD THING! Cause I'm announcing @WWE #RAW tonight! pic.twitter.com/Nbh3nWlQqP