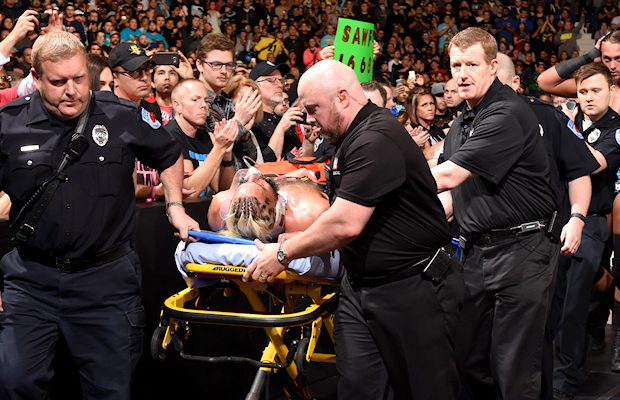 While Enzo Amore appeared to be in good spirits following the concussion he suffered at WWE Payback last night, F4Wonline.com reports that people close to Enzo says it was a severe concussion.

It was also noted that Enzo was able to remember everything from before the match. He was able to communicate with paramedics and move his extremities before the ambulance left the arena. As noted, Enzo underwent other medical tests at a local hospital but they all came back negative and he was discharged before Payback went off the air.

No word yet on how long he will be out of action but he will have to pass the ImPACT concussion tests before he’s cleared.