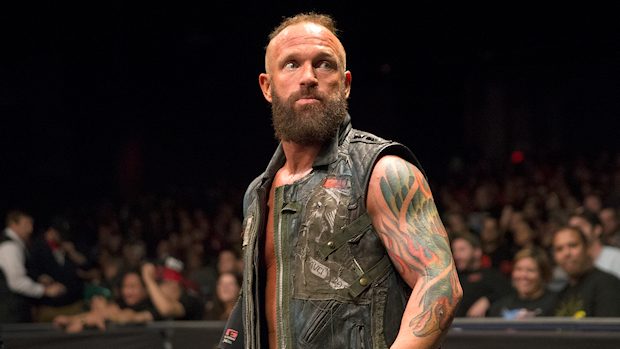 – Peyton Royce and Billie Kay continue to taunt Ruby Riot in this post-show video from this week’s WWE NXT episode. The Iconic Duo begin a makeup tutorial but Ruby appears in the background and they start taking shots at her. The match hasn’t been announced for next week’s show but a Ruby vs. Billie match was taped at the most recent set of NXT TV tapings.

– Tickets for the September 13th NXT TV tapings from Full Sail University went on sale this past Friday and surprisingly have not sold out. As of this writing, there are 186 tickets left on the NXT.TicketForce.com website. As noted, tickets for the August 24th Full Sail tapings quickly sold out when they went on sale a few weeks back. Those will be the first tapings to take place after “Takeover: Brooklyn III” on August 19th.

– This week’s NXT episode saw Eric Young make his first appearance since the June 21st show as SAnitY attacked NXT Tag Team Champions The Authors of Pain ahead of their match at “Takeover: Brooklyn III” later this month. We noted before that Young had taken some time off as his mother recently passed away. Below are videos and a photo from last night’s segment:

#SAnitY starts the evening off with a BOLD statement to #AOP @Akam_WWE & @Rezar_WWE, complete with the RETURN of @TheEricYoung! #WWENXT pic.twitter.com/VRvRPfeMxP

#SAnitY is NOT messing around as they look ahead to #NXTTakeOver: Brooklyn III… #WWENXT @WWENetwork pic.twitter.com/xW568Ra1SE