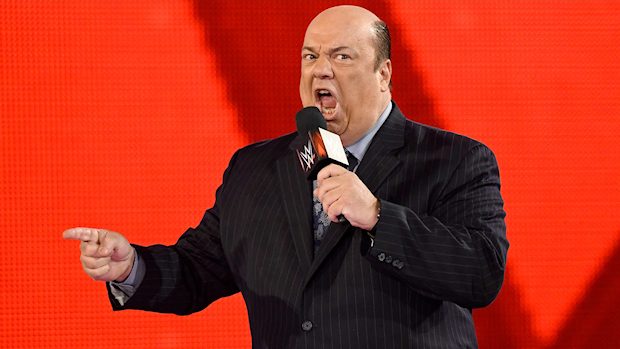 — Tonight’s episode of Raw from North Little Rock, Arkansas was the heaviest Paul Heyman-influenced red brand episode to date, according to Dave Meltzer of F4WOnline.

Meltzer speculates that Heyman came up with the Gauntlet Match, which Ricochet won to earn the right to challenge United States Champion AJ Styles at SummerSlam — Ricochet outlasted Rey Mysterio, Cesaro, Andrade and Sami Zayn in the Gauntlet Match.

“I had that feeling when I heard about the gauntlet match since he’s trying to make new stars and the gauntlet is really what created Kofi Kingston as a singles main eventer and another gauntlet helped Seth Rollins greatly,” Meltzer wrote. “But it’s pretty much confirmed the idea that they will attempt to make one or more stars in that match.”

— Before Raw went on the air Monday night from North Little Rock, Arkansas, Lacey Evans faced Dana Brooke in a match taped for the August 1 episode of WWE Main Event. It is Evans’ first televised match since losing to Raw Women’s Champion Becky Lynch and Seth Rollins in a Mixed Tag Team Match at Extreme Rules.