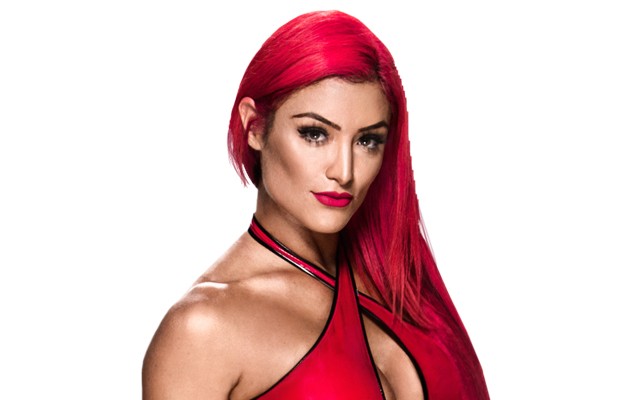 Eva Marie’s first statement as a rookie Diva in WWE was her bright crimson hair and matching fire engine ensemble, but this temptress is blazing in more ways than just her favorite hue.

Initially turning heads as a model, this flame-haired femme fatale decided she was too rough for the runway. She traded her stilettos for wrestling boots and set herself on a course to light up the WWE Universe.

In her brief time as a WWE Diva, she has proven to possess a malevolent mind and a knifelike set of claws. In her Monday Night Raw debut, she whacked the legendary Jerry “The King” Lawler across the face and has since stepped on the toes of some of her fellow Divas. “The Queen of Harts,” Natalya, has taken exception to the brash bombshell. The two have tussled in the ring and on the hit E! reality show Total Divas.

With a great future ahead of this bold WWE Diva, red means “go” for Eva Marie.