Eva Marie on Why She’s Different Than Other WWE Women, Favorite Match She’s Been In, Stage Fright 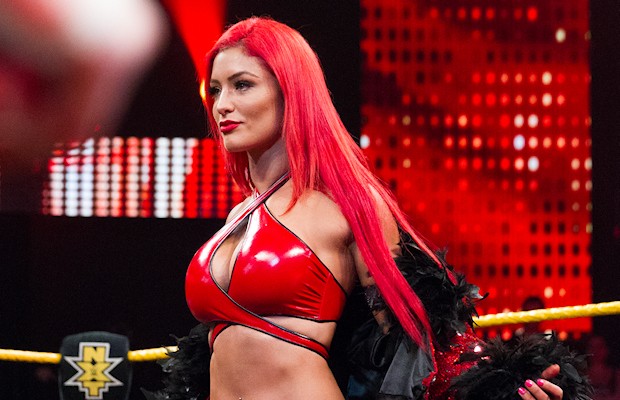 – Eva Marie recently spoke with NewYou.com to talk WWE Total Divas. The full interview is at this link. Below are highlights:

NY: What has been your favorite match that you have competed in the WWE so far?

EM: I would have to say my title match against Bailey at NXT because for starters, I have never main evented anything before. Additionally, I competed against the champ going for the title. This season on Total Divas, viewers will be able to see the backstory and how those elements take place.

EM: Absolutely, I always get nervous! It is one of those things that I personally believe everyone can more or less relate to. Especially if you have ever played a sport, participated in a play, or had to speak in a public forum. On the other hand, if you are prepared, and ready to go, then it’s game on!

Once I step outside of that curtain it is the best feeling in the world and a constant reminder that I was made to do this. Once I am off stage I seriously experience the best adrenaline rush ever. As a ritual, when I do get those nervous butterflies, to calm myself, I will always say a little prayer before I step out, give it to God and just go out there and do the best that I absolutely can.

NY: Besides your signature red hair, what else do you believe makes you stand out from the rest of the Divas?

EM: I think that I personally stand out because my end game and career goals are ones that any of the Divas have yet to achieve. Not only do I want to leave an impact on the WWE Universe as an entertainer but I also want to bridge the dynamics of the WWE and the mainstream world. For instance, I want to bring them [WWE] along to Paris fashion week, blockbuster movie, red carpet events, and makeup aisles within major department stores. Being an entertainer is a huge part of who I am but there are many more facets to me. That is why it is important for me to distinguish myself in more ways as an entertainer within the WWE.