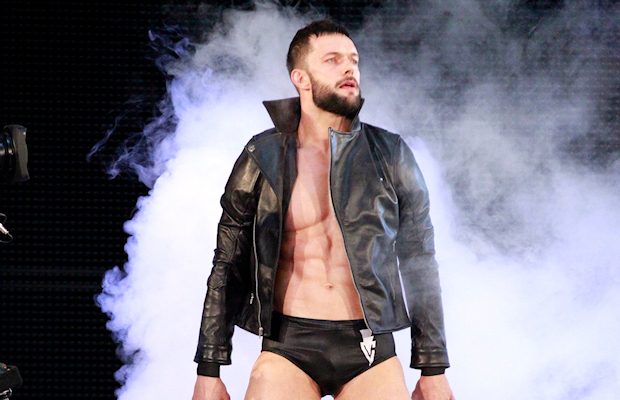 – At WWE’s inaugural Greatest Royal Rumble event in Jeddah, Saudi Arabia, Seth Rollins retained the Intercontinental Championship in a Ladder Match against Finn Balor, The Miz, and Samoa Joe. The finish saw Balor climb the ladder to unhook the Intercontinental Championship, only for Rollins to leap from the top rope onto the ladder and managed to retrieve the title belt before Balor.

According to Bryan Alvarez on Wrestling Observer Radio, WWE might be planning to turn Balor heel and that’s the reason they put him in that spot instead of The Miz.

Rollins will put his title on the line again one week from tonight against The Miz at WWE Backlash.

– From the sold-out King Abdullah Sports City Stadium in Jeddah, Saudi Arabia, the Greatest Royal Rumble featured the first-ever 50-Man Greatest Royal Rumble Match, John Cena vs. Triple H, Universal Champion Brock Lesnar vs. Roman Reigns inside a Steel Cage, a Casket Match between The Undertaker and Rusev, and much more. WWE posted this highlight video of the event.

– Titus O’Neil celebrates his birthday on Sunday as he turns 41 years old.

Happy birthday to a Superstar who slid further into our hearts at #WWEGRR, @titusoneilwwe! #HappyBirthdayTitus

I’m So PROUD TO be The Father Of these two young men!! My Birthday gift everyday is You two❤️TJ&TITUS I LOVE BOTH TO THE MOON AND BACK!!❤️ @bullard111