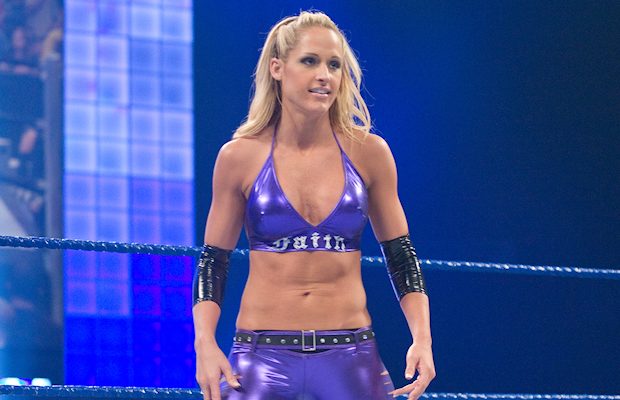 – Former WWE Women’s Champion Michelle McCool appears interested in returning to the ring for a match against Charlotte Flair. The two had this Twitter exchange today about a possible match.

– On tonight’s Raw from Manchester, England, Asuka dominated a local competitor billed as Stacy Coates. According to Squared Circle Sirens, Coates is Isla Dawn, a 23 year old wrestler from the United Kingdom.

– Here is a video preview for this Wednesday’s all-new episode of Total Divas.

This season of @TotalDivas is NEXT-LEVEL good…
Tune in for an ALL-NEW episode this Wednesday at 9/8c on E! #TotalDivas pic.twitter.com/hGioOEpiB9

The synopsis of the episode is as follows: “The ladies celebrate the success of their historic ladder match, but Lana’s performance suffers intense scrutiny. Meanwhile, Maryse’s fashion makeover triggers Alexa’s painful past, and Nattie, who hates babies, is tasked to babysit Brie’s newborn!”