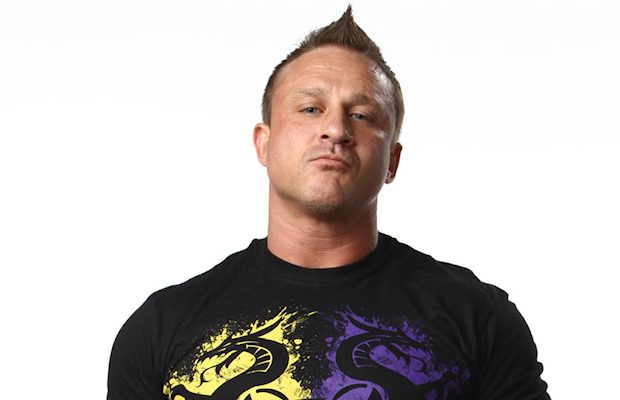 We recently reported that former professional wrestling star Kid Kash will return to MMA this Saturday November 5th at Valor Fights 30 in Tennessee. Kash will be fighting Lindsey Jones in what will be his first pro fight since losing his debut bout back in 2008. Kash told MMAFighting.com that he wants a shot against former WWE Champion CM Punk, who lost his MMA debut to Mickey Gall back at UFC 203 in September.

“Damn, he’s the same weight that I am,” the former WWE Cruiserweight Champion said he thought while watching UFC 203. “How bad would I love to knock his ass out? I’ve never liked him. I’ve known the guy for at least 15 years, probably, and he’s been such an arrogant asshole. He was handed so much sh*t. He never earned a f*cking thing.”

“I lived it, I’m not like Punk, who before he was a wrestler he was a video-game enthusiast, trading cards and stuff like that. And then he gets into wrestling, knows the right people and gets a push just because he knows somebody.”

“I’m kind of amazed that he had the camp that he had for two years and went down that quick and with no defense whatsoever.”

Kash, who retired from pro wrestling in December 2015, noted that he talked with Bellator MMA about a fight but it never materialized. He says he’s doing MMA just to see how he will do. He’s currently training at least once a week with a group of guys in different disciplines and the conversation came up done day about him fighting MMA again. He said:

“I’m not looking to be famous in it or looking for a UFC contract or anything. I just wanted to do another fight.”

Kash doesn’t like the way Punk left WWE or embarked on his MMA career and says he would gladly take the fight if offered:

“How arrogant is that? You just simply quit an amazing job. It’s an amazing job. You make a lot of money. Your merchandise sales are incredible. You travel the world. On top of that, you’re one of the main headliners and you’re crying about it. I’m sorry, buddy. That’s just an ego shooting out, one for the ages.”

Cash said he has no respect for Punk, that he never paid his dues. He continued:

“I would be there with bells on it. I would love to fight that f*cker, I really would. … He would be in for a very rude awakening. That f*cker couldn’t beat my meat; he couldn’t.”