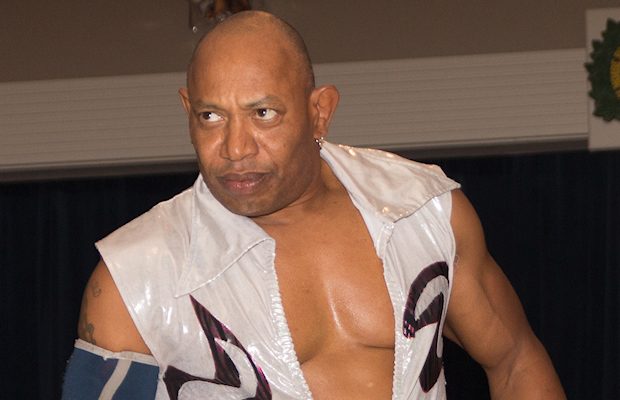 – In the video above, former WWE, ECW and WCW star 2 Cold Scorpio shoots on his former tag team partner Marcus “Buff” Bagwell. Scorpio says it was cool teaming with Bagwell but he just thought Bagwell was a punk because he got his shot in the business handed to him.

Scorpio goes on to challenge Bagwell to a shoot fight and tells Bagwell to hit him up on Facebook. Scorpio says he would beat Bagwell up for free but he wants to get paid.

Scorpio has taken shots at his former tag team partner a few times over the years, once calling him a “man’s man” and not a ladies man. Scorpio has also called Bagwell a cocky self-centered kid who didn’t want to listen to veterans in WCW, and still doesn’t to this day. Scorpio made these comments to the “This Is Awesome” podcast back in 2015 on tag team wrestling:

“It was never really something I looked into. It was something I was thrown into. I’ve always been a singles wrestler. As far as partner wise, I would say Vader and me is probably one of the toughest and baddest tag teams out there. What would they say? Big salt and bad pepper. When we come, it’s coming, you know what I mean? Other than that, I’ve had a few great partners, back in the day, that I thought might have worked out. One of my biggest ones that one that I thought we could have went someplace, which turned out to be just be a big pussy, was Bagwell. Buff the Stuff…still stuffin’ his stuff, huh?”