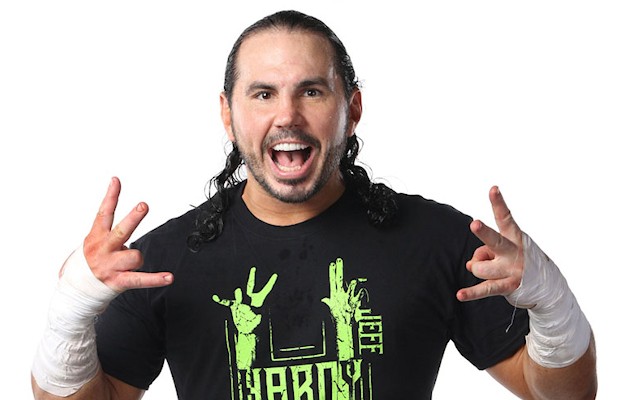 I attended the sold out WrestleCade IV event this past Saturday night in Winston-Salem, North Carolina at the Benton Convention Center. Below are results and a photo gallery from the show:

* AML Champion Papadon wrestled Reality of Wrestling Champion Mysterious Q to a 10 minute time-limit draw in the first dark match. Good showing here by both guys but it looked like Booker T’s ROW is just using a replica “big gold belt” for their title

* CW Anderson defeated 2 Cold Scorpio in a decent match. Neither man looked like they have lost a step and there was a friend vs. friend storyline they developed on local indies. Anderson had Carolina legend Cueball Carmichael as his manager.

* Armando Alejandro Estrada came out with his trademark cigar and look. He cut a promo before introducing Mr. Anderson. Anderson came out and tried to make his mic drop from the ceiling but there wasn’t one. He made Estrada stand on a chair above him and hold the mic. Anderson snatched it and went to introduce himself as Mr. Kennedy but didn’t want to get sued. Shelton Benjamin was out next and Anderson informed us that this was now a 2 of 3 Falls Match

* Shelton Benjamin defeated Mr. Anderson in a 2 of 3 Falls Match. Shelton got the first fall within the first minute of the match. Another good match with both guys keeping up. Shelton was awesome as usual

* GFW NEX*GEN Champion Sonjay Dutt defeated Matt Sydal with a splash from the top. They had a show of respect and embraced after the match

* ODB, Tessa Blanchard and Taeler Hendricks defeated Havok, Amber Gallows and Barbi Hayden. ODB got the pin on Amber after getting a hot tag. Nothing bad here, they all looked pretty good in the ring. Blanchard had fans in the crowd

* Gunner defeated Luke Hawx in a steel cage match. George South and his crew set up the cage in less than 10 minutes before the match, which was pretty cool to see. It was announced that the stipulation was changed and the only way to win was by escaping the cage. Both men bled in this match and it was one of the best of the night. Gunner got a big pop as he’s from nearby Greensboro. Hawx climbed the cage at one point and it looked like he was escaping but he hit a super blockbuster instead, which was impressive. Gunner won by falling out of the cage door. He immediately left while officials checked on Hawx and sort of helped him out of the cage

* Ethan Carter III won the Second Annual George South Memorial Battle Royal to earn a future AML Heavyweight Title shot. South cut a promo before the match and announced that he would be in it. Notable participants included Ernest “The Cat” Miller, The Blue Meanie, Glacier, Jimmy Valiant, Greg Valentine, Shane Douglas, Colt Cabana, Jinder Mahal, Bill Dundee, Sam Houston, Brutus Beefcake, Bobby Fulton and The Mulkey Brothers. The match came down to South, Meanie, EC3 and Jinder. Meanie had a good sequence taking on both Jinder and EC3 before they eliminated him. South eliminated himself going after one of his students I believe it was. EC3 and Jinder had a good match for a few minutes before EC3 got the win

* John Hennigan (John Morrison) defeated PJ Black (Justin Gabriel) with Starship of Pain. Decent match with some good moves. They stalled a lot but still kept the crowd entertained. It’s worth noting that Hennigan used the Morrison name and even encouraged a fan chanting “Morrison” at one point. They also did a show of respect after the match and messed around about not trusting each other with their exits

* Jeff Jarrett defeated Matt Hardy to win the WrestleCade Heavyweight Title. This was such a good match. The way they told a story without any crazy spots was amazing, had a real old-school feel to it. I’ve been to several NXT TV tapings and Takeover events as well as several House of Hardcore events in the past 2 years and this was one of the best matches I’ve seen recently. Former WCW announcer Gary Michael Capetta being the ring announcer made it feel special. He seemed a little rusty but was a nice addition. They fought in and out of the ring and used chairs. Karen Jarrett did a lot of interference but she was great in her role as well, she definitely added to the match. At one point they fought over the barrier into the crowd. The first two rows were made up of 10-seat round tables and they did a cool spot on the table right next to ours. Hardy brought Karen in the ring towards the end and went to hit her with a Twist of Fate, after spanking her, but Jarrett stopped it and hit the Stroke. There were definitely some boos when Hardy grabbed Karen by her hair and brought her in the ring, more than there would have been 10 years ago. This all led to Ethan Carter III making a run-in, Hardy fighting him off, then Jarrett hitting Hardy with a sick guitar shot. All you heard was a nasty thud and then saw that the guitar didn’t shatter. Hardy started bleeding and went down. Jarrett looked a bit confused and hit Hardy with a light guitar shot over the chest while he was laying on the mat. Jarrett then got the win and the title, which Hardy has held since it was created. The blood coming out of Hardy’s head was starting to pour and Karen Jarrett looked legitimately concerned for him. I’m pretty sure she was leaning down and asking if he was alright, trying to make it look like she was talking trash to him. The Jarretts did their celebration and left as Hardy stumbled to his feet as the blood continued to run. He was checked on, helped to the back and that was the end of the show.

This was the 4th WrestleCade event and the promoters announced that next year will be the last. I heard they had over 3,000 fans in attendance and I can believe it. WrestleCade 5 will be held during the same weekend next year and tickets go on sale in January. I’d recommend it for anyone within a few hours driving distance of the Triad. The Fanfest earlier in the day had a really good feel to it, not as hectic as the annual Mid-Atlantic Fanfest in Charlotte. There were also AML TV tapings during the Fanfest and even those matches were really entertaining. Promoter Tracy Myers did an in-ring segment during the tapings where they presented a check to the Salvation Army as WrestleCade has raised $20,000 for the Salvation Army since 2012. It was noted during that segment, when thanking sponsors, that it takes $90,000 to put on the show. Hopefully they will invest some of that time and money into the AML brand. You can get more information on AML Wrestling at this link and stay tuned for details on WrestleCade 5 at this link.

Below are photos thanks to my good buddy Cassidy Haynes of Cheap-Heat.com. You can click them for the high-resolution version on imgur.