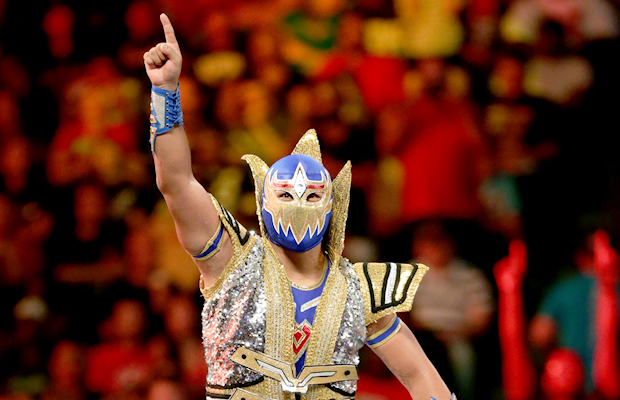 – This Fallout video from last night’s WWE SmackDown features AJ Styles talking to Dasha Fuentes about Sunday’s WWE Elimination Chamber match. Styles learned on SmackDown that he has to have eyes in the back of his head on Sunday. Styles says he will figure it out because he’s a winner and winners find ways to win. Styles plans on studying past Chamber matches and winning his WWE Title back.

How did you enjoy tonight’s #205live?

– WWE announced on last night’s 205 Live that Gran Metalik will be in action on next Tuesday’s show. Below is a GIF promoting his arrival: